When We're in the States 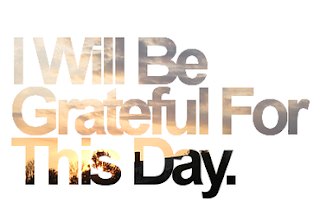 As much as we love living in Brazil while the kids are young, and it truly is the better place for us while they're young - we don't want to stay here forever. Life in Brazil is much harder than in the U.S. and the education system here is not as good. So when the kids are around high school age, we'll be returning to the U.S. - if not sooner. We're going to re-evaluate our situation in about two years and if we decide to stay here, then eight more years here is our end point. So when we move back to the U.S., there are some things I'm going to try to do differently and things I'm going to try to appreciate more, including:

Consistent clean running water - We don't always have running water here. We live in a desert state and when the river dries up, so does our water. And with the Mariana mine disaster, our water source has been contaminated with mercury and other chemicals for over a month. I'm not sure when it's going to be cleaned up. Standing in the 104F heat to pick up bottled water every couple of days kind of sucks. But I don't want to complain about it, because I'm thankful to have water.

Dunkin Donuts - I miss my iced coffee so badly, but I'm not sure I can bring myself to pay $3/cup again. Oh sure, when it's $1/cup I'll buy the hell out of it. I'll even make my own cup at home. Who knows, maybe I'm talking out my ass and I'll splurge every day and buy myself the coffee anyway. But I was spending somewhere between $60-$100 every month on Dunkin Donuts when I was in the states. That's a lot of money that could have gone into a college or retirement fund. But holy moly do I miss that sweet, sweet fuel.

Target - I also miss walking into one store and being able to buy everything I need. Brazil has Walmart, but there isn't one in my city. There aren't any type of "mega" stores around here, so if you need to go shopping, you need to go to multiple stores. Even just to grocery shop I usually need to go to two or three stores. I also miss the little dollar racks. I miss the cheap, good quality products. Everything in Brazil is expensive and poor quality. It's like paying Nordstrom prices for dollar store products and it's very frustrating. Why am I paying so much for a piece of shit? Oh right, there are no other options. However, I will restrain myself from falling into the Target trap of buying all the cute stuff in sight. I've realized how much crap I would purchase all the time in the United States. I mean at least once a week I would drop $50 in Target. And for what? I certainly don't have that stuff now. Speaking of..

Less Stuff - I'm actually much happier and feel less stressed in our completely un-cluttered house here. "Stuff" piled everywhere or "stuff" that has no purpose or isn't being used really gets on my nerves, but I also have a fear of throwing out anything that's good quality or that I spent a certain amount of money on. I told Farley when we moved here that I really wanted to have minimal items in our house and to not load up on the clutter. I think he's just happy not to be spending money. But really, our house is always tidy and the kids are happy with the small collection of toys they have (we used to have an entire room exploding with toys). I have one small closet full of clothes and shoes. Admittedly, it helps that there is only one season here.

What do you guys want to know about our adventure/life in Brazil/life as an expat/life in general? Let me know in the comments!
Posted by J De Melo
Labels: appreciation, Brazil, the future, United States