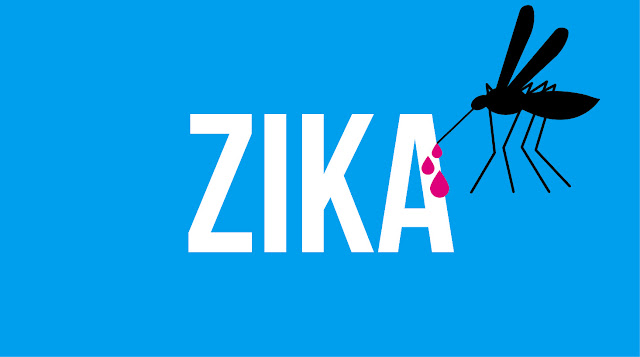 From what I'm reading in the news and seeing on Facebook, people are either terrified of Zika or not worried at all. I think the truly obnoxious photos of Brazilians hosing down fields while wearing hazmat suits and the truly sad photos of babies with microcephaly are feeding the craze.

My advice: if you're not pregnant, don't sweat it.  While I had Zika, my neighbors and I sat around a table outside discussing the fact that we didn't know a single person who had been infected. And apparently that's because the symptoms are often so mild, you don't know you've been infected. Half of the reason why I went to the doctor's was because I wanted to prove to my husband and myself that I could go alone. Otherwise, I probably would have experienced a few more days of joint pain and then it would have gone away without me being any the wiser.

So, what's the point of this post? If you didn't already know this - Brazil is very, very different from the US. Climate and culture. Which results in a huge, daunting mosquito population and prime mosquito breeding conditions to continuously fuel that population. Brazil is a "trash on the ground" culture like China. It's one of my HUGE pet peeves about this country. It's so beautiful here, WHY are we throwing trash on the ground? Here's one way this thinking works: we were at a street party  and my son had ice cream on a stick. When it was gone, I looked around for a garbage can (elevated baskets on the sidewalk). My sister-in-law said, "Just throw it on the ground, there is a sweeping crew that will clean the street after the party." My gasp was audible from the other side of the city. And what if it randomly rains and all the trash is washed away? And what if the sweepers strike (since everyone is always striking here)? And if these sweeping crews are so effective, why is there trash all over the god damn place all the time? Because Brazilians are used to this "throw it on the ground, someone else will pick it up" attitude and haven't had environmental protection shoved down their throats. This is one point where I don't feel like I'm coming from a my-American-ways-are-the-best-ways holier-than-thou position. It's fucking trash, put it in a garbage can.

Ok, sure we have the Dengue Police (see previous post), but it rains a lot, and randomly, and that leaves puddles everywhere. Puddles for mosquitoes to reproduce in. Puddles and tall grass. I haven't seen a single lawnmower here. I have seen street crews cut down grass with from time to time, but they use weed wackers.

As for repellent, well I hope you have money. Let me remind you that the average Brazilian makes around R$50/day. It's R$10/can of Raid. R$20/100ml of repellent for a baby. And long sleeves/pants? Forget about it. It's almost 100F here every day - and remember what I said about air conditioning? Phew!

The point again? There is a climate and culture in Brazil that permits mosquito breeding on an unnecessarily high level. A climate and culture that don't exist in the States. So the small wave of mosquitos you will see in the States this summer? Spend those four months spraying down your yard with mosquito spray. Keep your trash cans clean and dry. Remove freestanding water. Use mosquito repellent. Hell, just stay indoors in the air conditioning. If you're not pregnant and you catch Zika? Well you might not even know it. Americans have the education and weapons to control the mosquito population in a way that we'll never achieve here. Summer is around the corner - enjoy it!
Posted by J De Melo
Labels: Brazil, culture, Governador Valadares, Zika