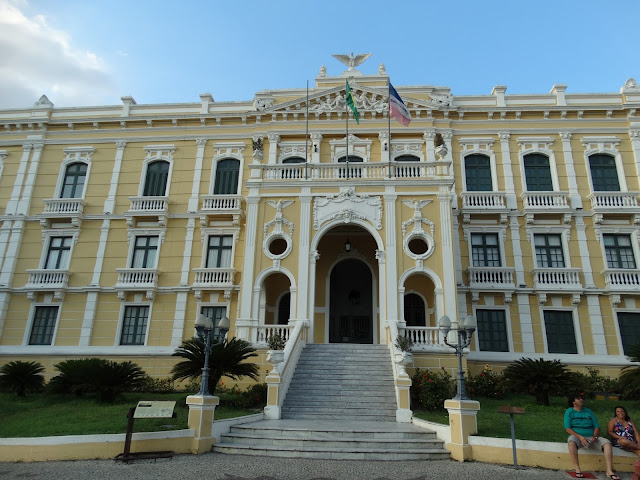 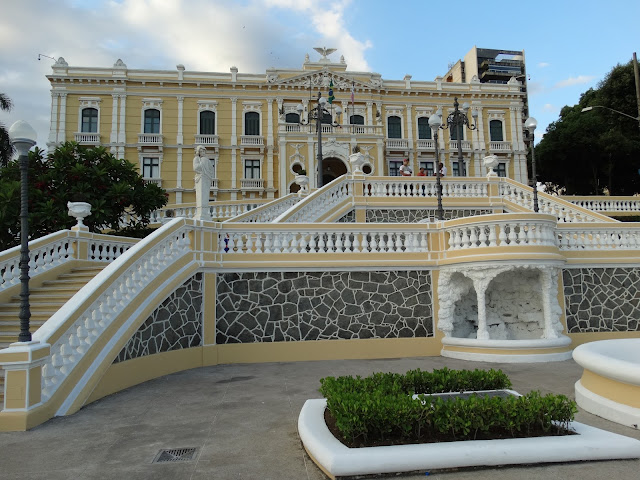 While in Vitoria, our hosts took us to see their old house, which they were in the process of selling. Around the corner was the Palácio Anchieta, where the executive branch for the state of Espirito Santo functions. It's a beautiful, yellow building with a double staircase, lots of statues, and gorgeous fountains. Vitoria is an old city and the architecture is incredible! In fact, this building is located in Cidade Alta, one of the oldest neighborhoods in the city. The palace was built in the 16th century by Jesuits, common for a lot of the buildings in Vitoria. It was a college at one point but during one of the building's many renovations bodies were found (presumably some of the Jesuit Knights). The little expats loved running up and down the stairs and I loved checking out some of Brazil's history.