Well, I did it again. I knew four rolls of bread were R$.60 each, so I counted the money out before I left home. I hate trying to count out change while balancing a baby expat on my hip. She loves to swing her hands out and knock whatever is in her reach. I gave the nice cashier the money and she gave me R$2 back. I am a strict believer in karma so I tried to give her the R$2 back, at which point she told me I gave her R$4.40 instead of R$2.40. DAMN YOU BRAZIL AND YOUR TWO REAL BILL! (I thought I gave her two singles, but I gave her two R$2 bills). Okay, I like the $2 real, but it messes me up all the time. There is no penny here. There is no one real bill here. It's so weird paying for things when change is rounded. Total is R$23.52? Give them R$23.50, no problem. It's so weird. But it's made extra difficult because Brazil has very similar and very different looking centavos! I still haven't gotten them down because, well.. let's look at the 5 and 10 centavos.. 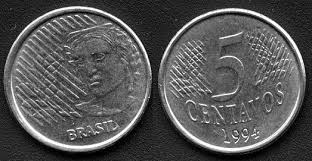 Bruh. Could you make it any more difficult for me? Do you know how difficult it is to sift through a pocket full of change with a baby on one hip and a four year old chewing through a package of candy as you're trying to pay. True story. Reals on the other hand are colorful, different sizes, and easy peasy:

Back to the centavos. They underwent a change at some point and the 1 centavo was eliminated (I'm not sure when, and google hasn't been helpful, but I've never seen one in person). Here's what they used to look like on top and what the newer circulated coins look like:

If you pulled this group out of your pocket, would you know which coins those silver ones are immediately? My guess is no! So to all the cashiers of Brazil and all the people standing atras de mim in line, give me just one minute! 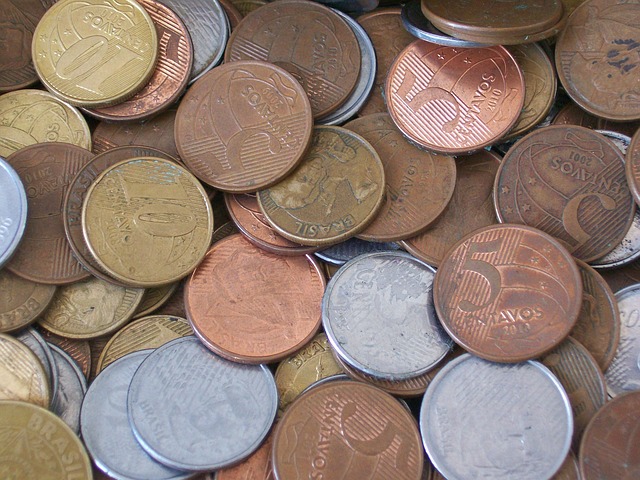