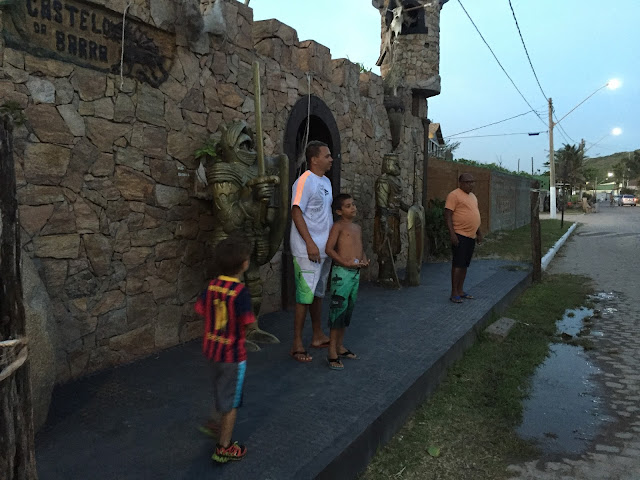 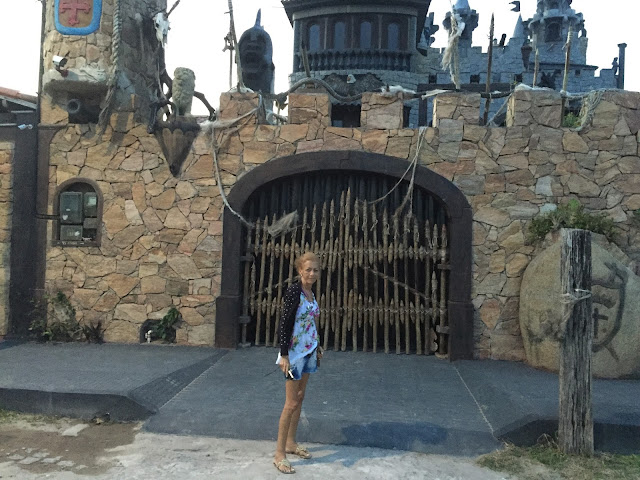 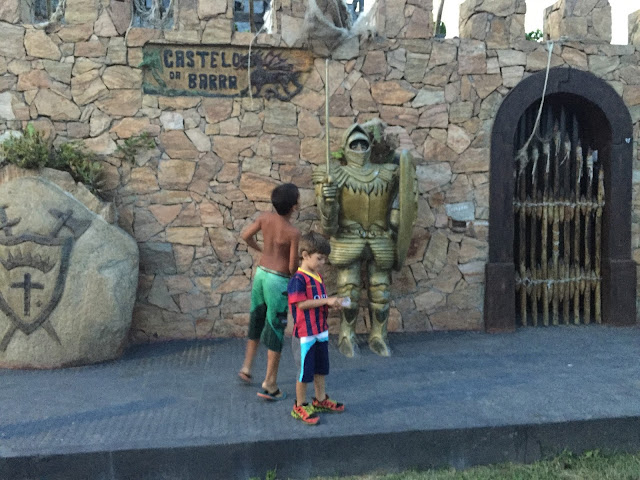 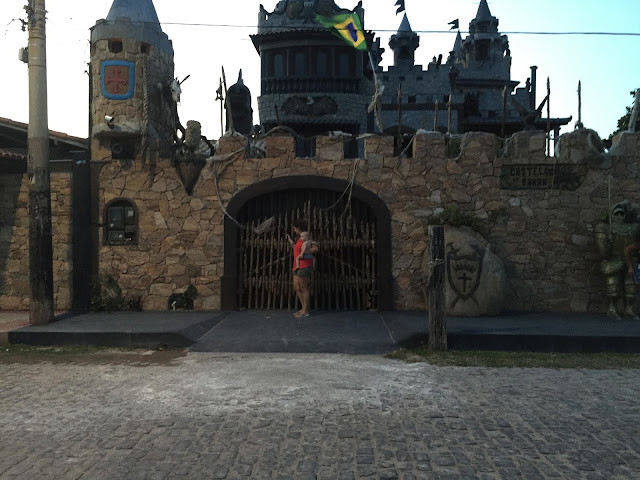 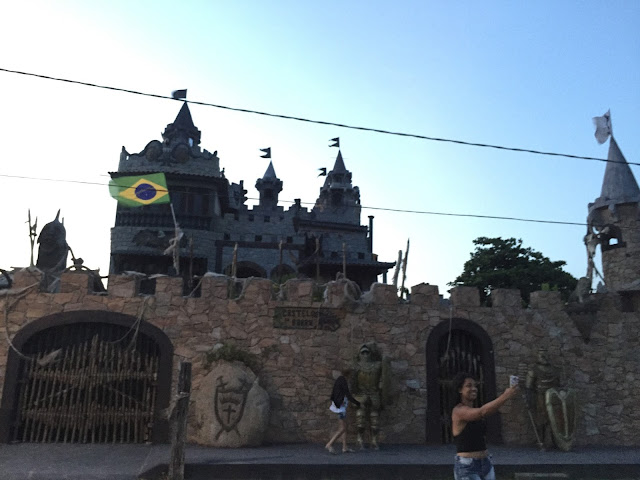 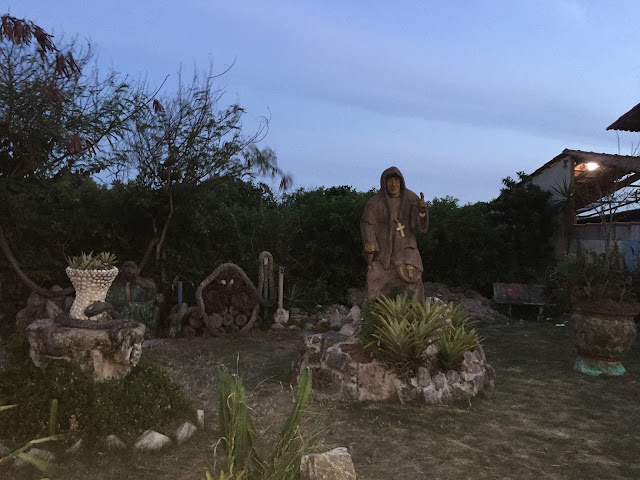 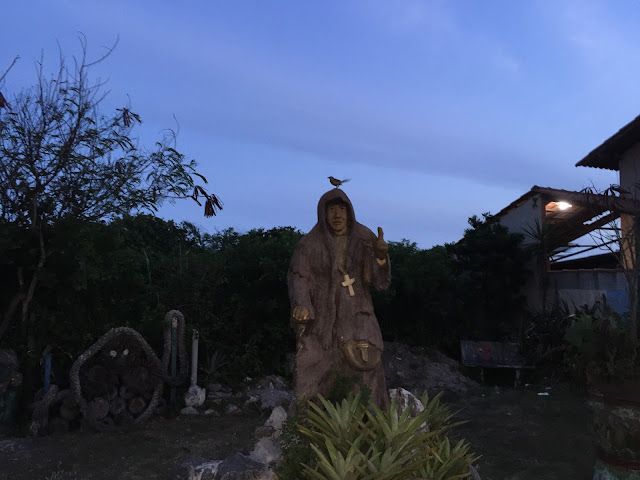 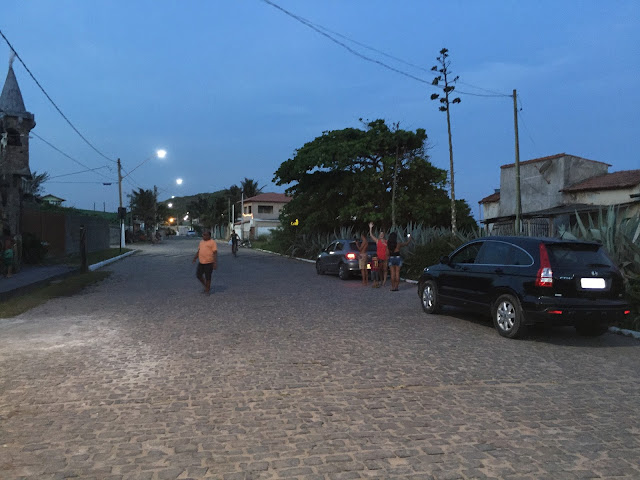 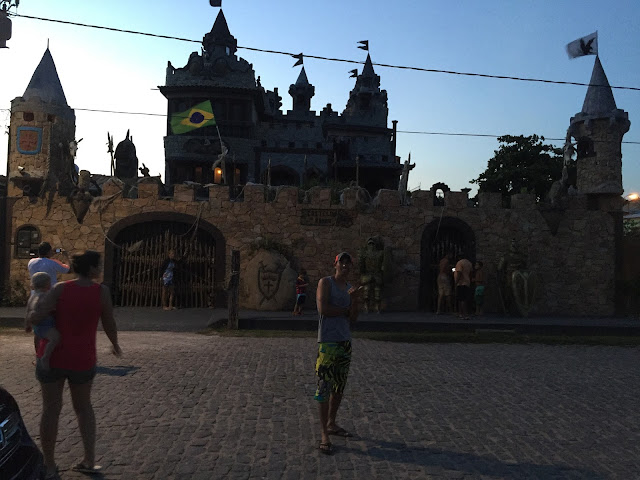 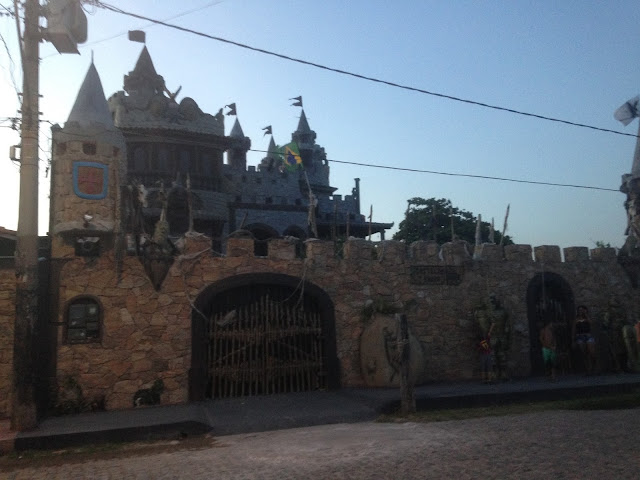 Somewhere around Vitoria, a man built his family a castle from scratch. Apparently lots of tourists will stop to take pictures with the castle, because it's such a cool oddity compared to all the brand new houses built right there on the beach. We asked if he did tours and he said maybe one day when the castle was finished, but that he was still putting the final touches on it. He had been building it for 20 years. His son peered over the fence and my son asked him if there was a witch inside. His father responded, "Yes, my wife!" which of course got all the men laughing, while we women folded our arms. Maybe one day we'll get to come back and see the inside!