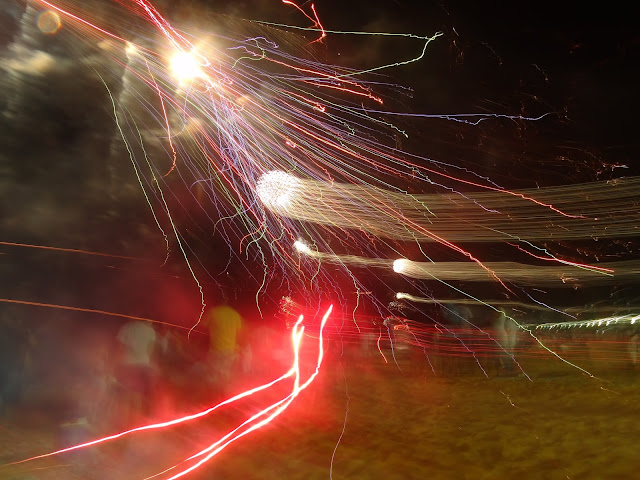 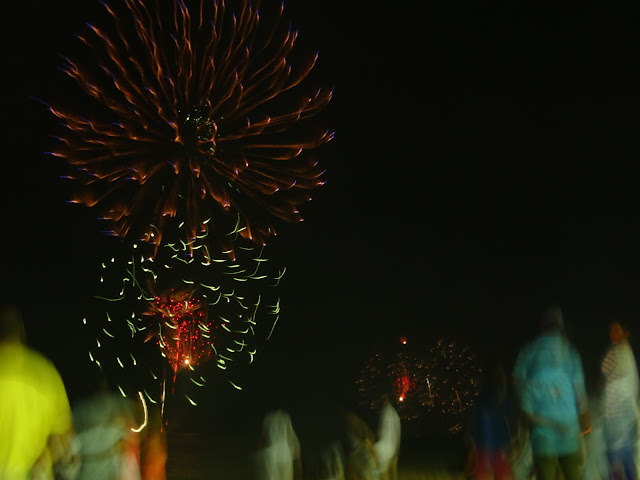 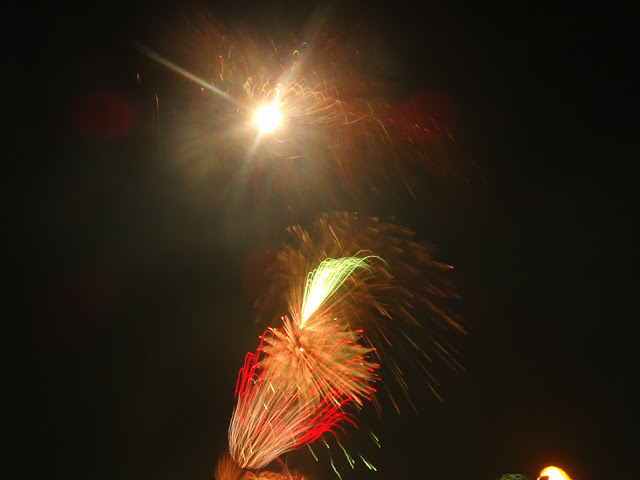 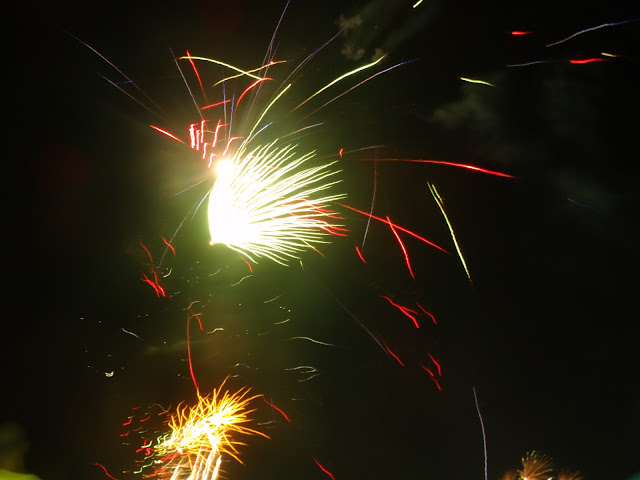 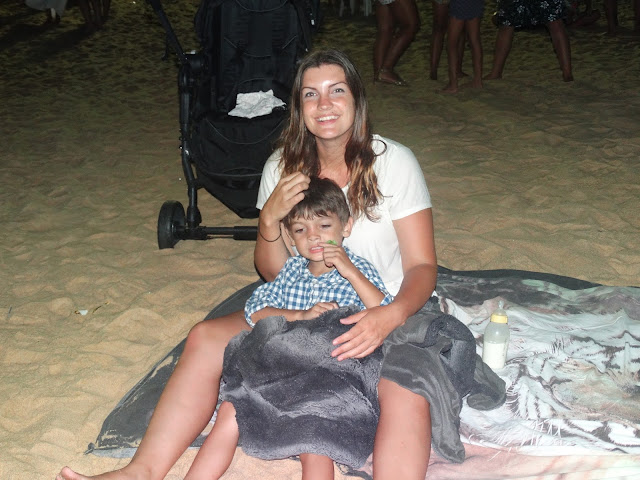 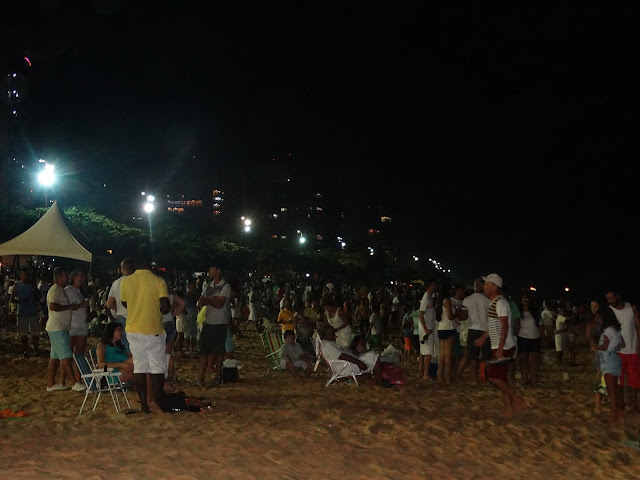 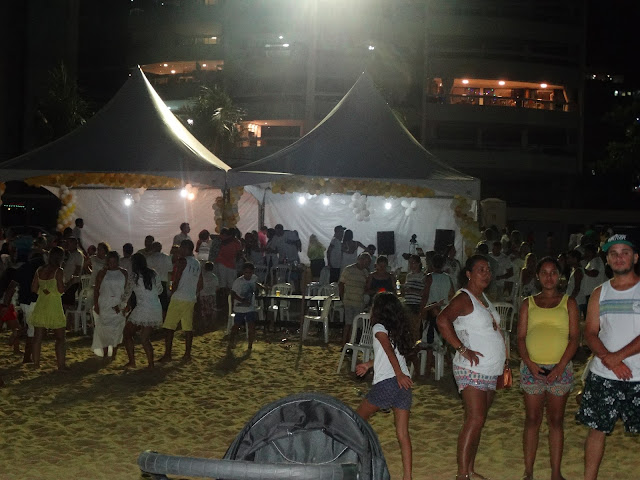 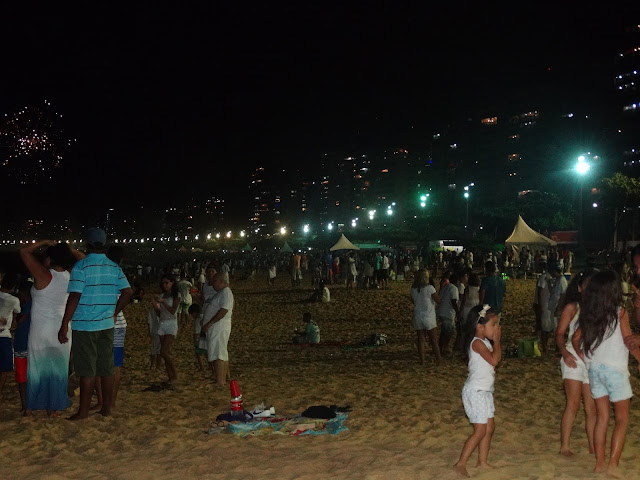 I haven't posted in a while because I've been really, really sick for three weeks. I think I had a cold that turned into walking pneumonia. Or it could be bronchitis. I'm not sure. What I do know is that I'm coughing violently, my energy has been zapped, and I feel like a truck hit me. I haven't gone to the clinic, because I really don't feel well enough to sit around for two hours waiting to be seen while having to watch an energetic one year old at the same time. Whatever it is, they'll probably just give me some OTC medicine, which I already have at home anyway.

SO, while I'm trying to get better, here is a quick, extremely belated post from our New Year's Eve in Vitoria. Most of our family went to church, but since we're heathens, we went to the shore. Here in Brazil, white is the color everyone dons for New Year's. There were fireworks everywhere. I don't think Brazil has any laws regulating their use, since we see them all the time at home (middle of the day, random 2 am shows, whatever). They were being let off all over the shore and I was a little nervous about how close we were to them. But no one got hurt, so it ended up being really cool, even if baby expat was terrified all night. The real fireworks show came from a few boats out in the water. There were tents set up all along the shore and people could buy food or alcohol, funny hats, and other party gear. We normally do everything with my husband's family (and extended family), so it was really nice that we got to count down the new year with just the four of us. All in all it was a great first New Year's in Brazil.