The Postal Service, a Necessary EVIL

Warning: a lot of ranting and use of bold text ahead. 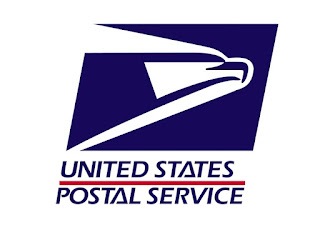 Do you know about my extreme loathing for the USPS? Okay, let me tell you about it. Three times our boxes (going to Brazil) were lost in customs and never left the country. After going around in circles to fill out insurance claims, being told we need receipt after receipt to prove item values, and finally being told they won't process the claim because they can't prove that it wasn't lost on its way to Brazil and somehow then lost by Brazil and not them (boxes never left customs 😡), we were out the cost of the items AND shipping. This is somewhere around $500 for each box.

There was the time our wedding rings (purchased in Brazil) were returned to Brazil by the USPS because we "never picked them up." Except.. We never received a notice to pick them up. This was at the apartment where our mail was constantly received with a handwritten note to the effect of "THIS IS THE WRONG ADDRESS! LEARN HOW TO READ! DO YOUR JOB RIGHT!" So I'm pretty confident that they delivered the notice to the wrong address. After all, they were adamant that a notice had been delivered. Of course, since the package was "unclaimed," it had to go back to Brazil and my mother in law had to re-mail it to us. It only took two months to finally get back to us.

There was the minor annoyance every time we sent a box to Brazil and were told to do it a different way by every Post Office worker.

And now.. My mother sent a birthday present and I asked for the tracking number. We need to watch the shipping, because if the box is issued taxes, there is no notice from the Brazilian postal service (Correios). We need to follow the tracking to know 1) which Correios is holding the box and 2) that we need to pay the taxes. So the USPS informed my mother that "there is no tracking for Brazil." Except that every single time we've sent or received a box there has been tracking. What do they think this is? A third world country?? Well, actually.. Um, excuse me for a minute while I gather the patience of a thousand saints.

On the Brazilian side of the nightmare: TAXES, TAXES, TAXES! A Republican's heart would jump out of his/her chest and they would collapse cartoon style if they knew how much we pay in taxes for "imported goods." I put that in quotation marks because the "goods" are usually our own stuff or presents. I have estimated that in the seven years my husband and I have been together, we've paid about R$10,000 in taxes for shipped goods. The taxes include:
You can read more about what these different taxes are here. The link also has a good example of how those rates look when applied to a product. They use the example of $20,000 worth of golf balls being imported. The total sum of taxes on the product are $17239.88.

The II, IPI, and ICMS are the ones that we're hit with every time, which mean we pay about 58% of the value of a box in taxes. And let's not forget how the value of a box is estimated. This is crucial. They scan the box and guess what's inside. Is that a box or a tablet? Doesn't matter, if they say it's a tablet, you're paying taxes on a tablet, and good luck fighting that. A tablet worth $100 or $400? Doesn't matter, you're paying whatever they value it at. So it's really frustrating when friends and family want to send, oh say, birthday or Christmas presents, and I have to respond, "Thank you so so so so SO much, but I need to know what you are sending, because we're likely going to have to pay hundreds of Reals to pick that box up." It makes me feel like an asshole and it makes me feel bad that my children can't receive presents without them passing the "are we going to be taxed to death" inquiry.

Now for the political part: I understand why Brazil levies such high import taxes on products (or why they say they do).. they want to keep manufacturing domestic. Which was a great idea 50 years ago before we had a global economy. And to Brazil's argument, there are more small business here than I've seen anywhere else. It's also inspired a lot of auto manufacturers to open plants in Brazil so Brazilians can, you know, actually afford a car. But on the other hand, the products made domestically tend to be of very poor quality. And when we have China and other Asian countries as major players in the manufacturing industry, Brazilians can't afford PS4s and iPhone 6s because the exchange rate and taxes send them far out of reach. (Hello giant, functioning black market). You might have heard this before, but in some cases it's cheaper to fly round trip to another country and purchase a product than it is to purchase it in Brazil. Of course, if you're a rich Brazilian politician, none of this is a problem for you because you either have the means to afford everything from all your kickbacks or the means to bribe customs handlers. Uh yeah, we'll just leave it at that.
Posted by J De Melo
Labels: Brazil, correios, expat problems, post office, taxes, USPS