Have you heard about the worst environmental disaster in Brazil's history? Probably not. On November 5th, 2015 (two months after we arrived), a mining dam in Mariana, Brazil, collapsed. Yikes, right? Just wait.. The entire village of Bento Reodrigues was completely flattened by the onslaught of muddy, mineral-laden waste water. 19 people died in the floor. 60 million cubic meters of iron waste reached the Atlantic in 17 days. The water flowed through the Rio Doce (our water supply), contaminating it so badly with arsenic, mercury, and aluminum that the water company, SAAE (Serviço Autônomo de Água e Esgoto), turned off the water supply to the city for weeks.

I remember when it first happened, my brother-in-law came home and told us to grab as much water as we could, because the mud was coming. We hadn't heard anything on the news, but word of mouth seems to be how most information travels here anyway (I always have to find out about school holidays from other moms - there's never notice from the school). As more people got the word, bottles, plastic barrels, and water tanks were flying off shelves. The huge store at the bottom of my mother-in-law's neighborhood completely sold out of their stock twice over. The lines were incredible. Farley grabbed a bunch of barrels and delivered them to friends and neighbors. We used every empty soda and water jug we could find to fill with water before the mud hit our supply. I went to the grocery story and bought tons of 5 liter jugs of water. I went day after day, grabbing whatever was on the shelf. At that point, we didn't know when we would have drinkable water again. We actually felt incredibly lucky that we were able to stock up on water. Many Brazilians live paycheck to paycheck without any expendable cash; I honestly don't know how they obtained water during this time. I also remember that I had just stopped breastfeeding Alessandra and I felt so, so terribly sad for the breastfeeding mothers in the city. Water intake is the key to maintaining milk supply and I wondered how many babies were going to be hungry.

Samarco, the company that owned and operated the mine, took two months to assist our city (and I'm sure the other cities along the Rio Doce). In January, we began to receive free water from Samarco. It was doled out by giant trucks staffed by the military and volunteers. Security was needed at each site because the lines were so long and people were so desperate. It was also during Brazil's summer which was averaging 100-105F daily. At one point, Farley was volunteering with the hand outs and he heard the Samarco employees discussing the need to video tape the fights so that they could prove to the Brazilian government that it was too dangerous for them to deliver water. Nothing made my Justice Crusader heart more angry. They poisoned the fucking water supply and now they wanted to use the anger and frustration of their victims as an excuse to not help? It should be pointed out that a lot of the donated water came from other Brazilians and from Brazilian celebrities. Even Pearl Jam donated the proceeds of a Brazilian concert to the mining victims.

A few months later, SAAE in Governador Valadares reported that the water was safe for consumption. The same water company that found 8 of its employees under arrest for over 150 crimes including embezzlement of over R$1,000,000,000, bribery, and bidding fraud. Eventually 26 city employees (including 13 councilmen) were removed from their positions. And that's just a fraction of the extensive, nervous-system like web of corruption that was uncovered during Operacao Mar de Lama (Sea of Mud). I called bullshit on the announcement and thankfully Farley was in full agreement.

A report that came out yesterday from the news source Diario de Rio Doce noted, "degenerative and neurological diseases in the long term, such as Alzheimer's and Parkinson's disease, osteoporosis, neurobehavioral disorders, including encephalopathy, amyotrophic lateral sclerosis and dialysis dementia...are some of the diseases that the population is in danger of getting drinking water from the Rio Doce, even [after being] treated by SAAE. The report of the Public Ministry of Minas Gerais (MPMG), based on samples collected at 13 sites in Valadares, including public schools, residential condominiums and hospitals, shows that in 11 of them the aluminum level is above the allowed and that the metal present the raw water is not eliminated during treatment....In one of the most complete scientific studies on the subject, it was found that, from higher than or equal to 0.1 mg/L aluminum in the produced water for public supply, the risk of dementia and cognitive decline increases." Prosecutor Leonardo Faria Diniz points out, "the amount permitted by the Ministry of Health is 020 mg/L; the first measuring points in [the] city, it was revealed that the Metal this amount would be from 064 mg/L. And even being held in the backwash SAAE tanks, the new test showed the presence of 037 mg/L."

With this information, my neighbor and I asked the school's principal how the school would continue to cook lunch for the students with public water. She replied that they haven't gotten any information from the city that the water is dangerous and they don't have the option of cooking with mineral water. Last year when the disaster struck, the schools were closed until mineral water was provided to them. Maicon has always taken a bottle of mineral water to school every day, as we don't allow him to drink from the fountains. But with this comprehensive report and the city's blind eye to it, we may have to take Maicon out of school. I'll miss the peace and quiet at home, but I don't think it's worth the risk of him eating lunch that was prepared with toxic water every day. 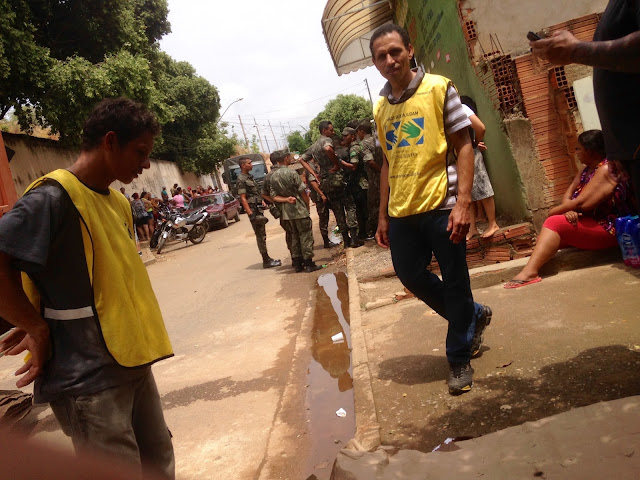 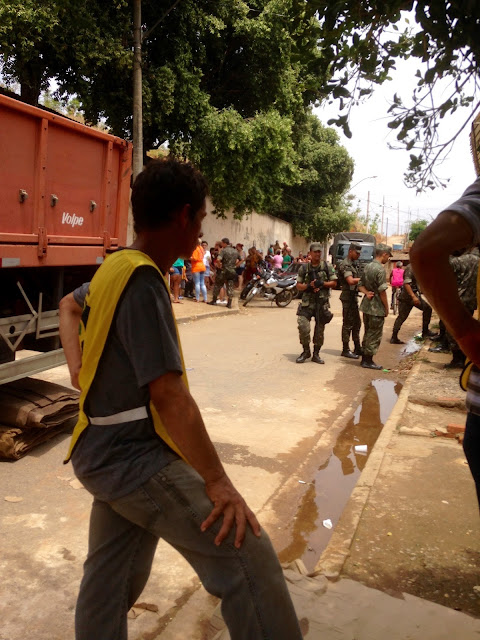 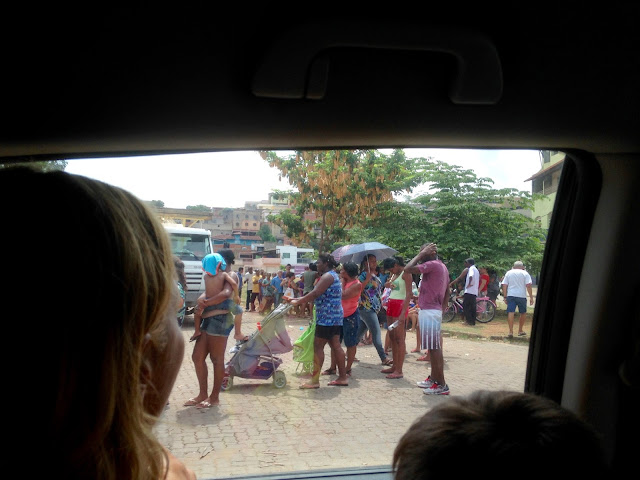 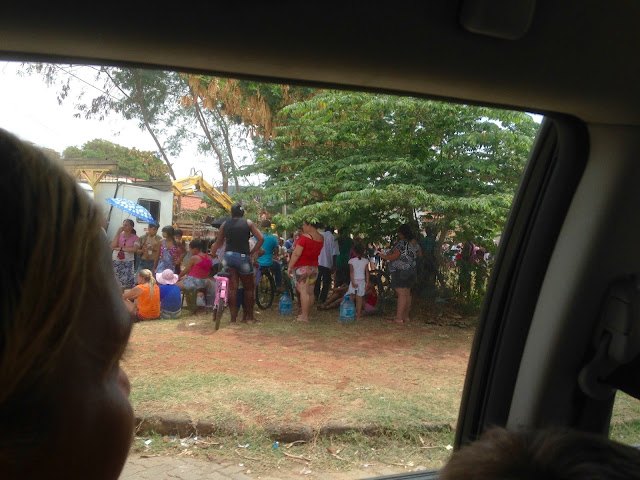 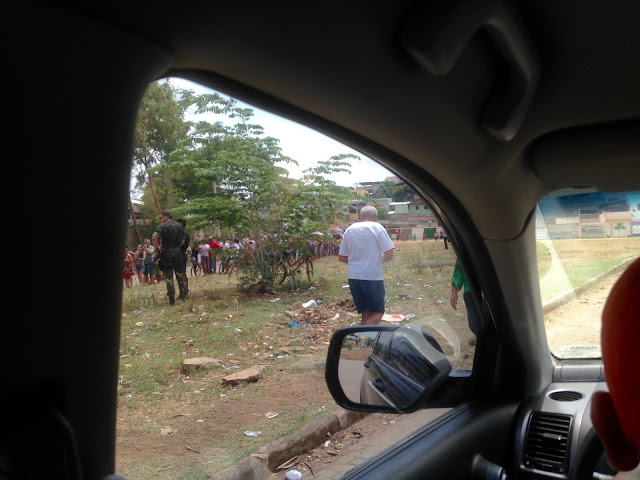 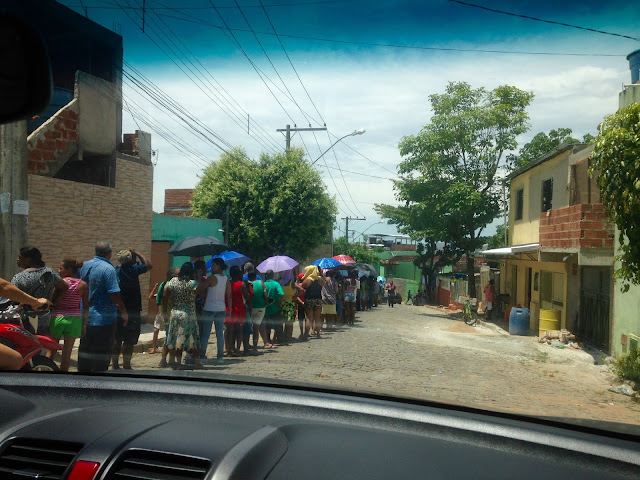 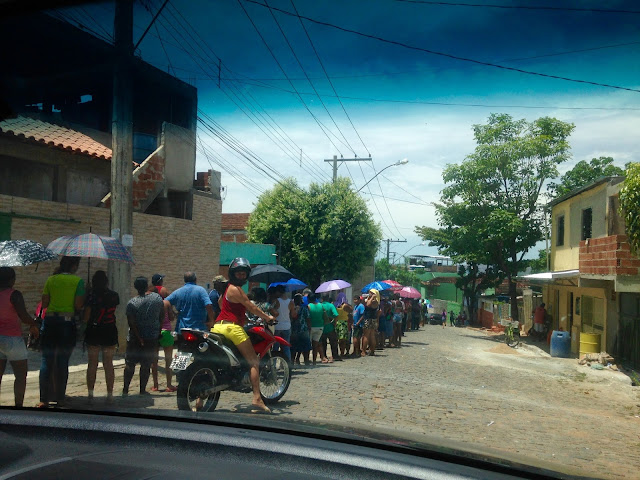 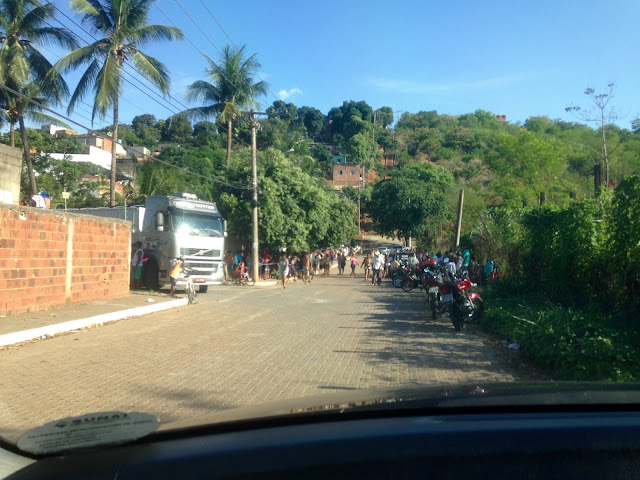 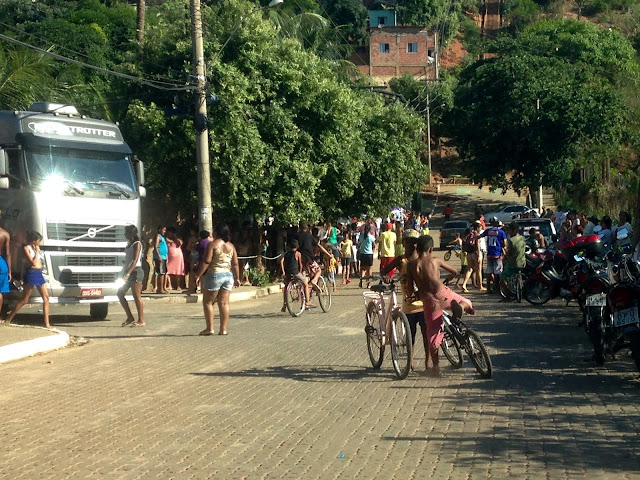