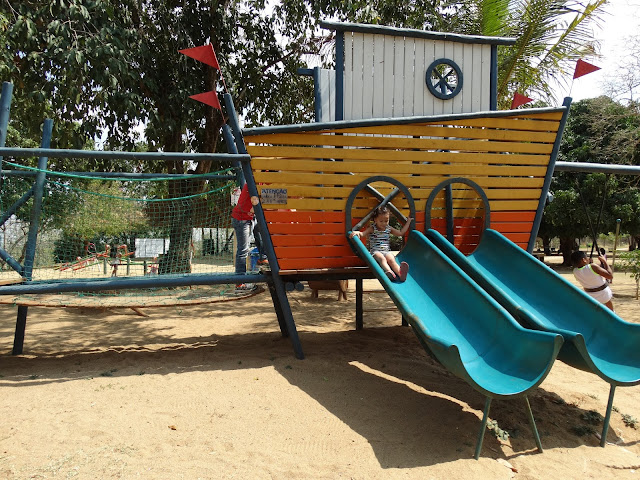 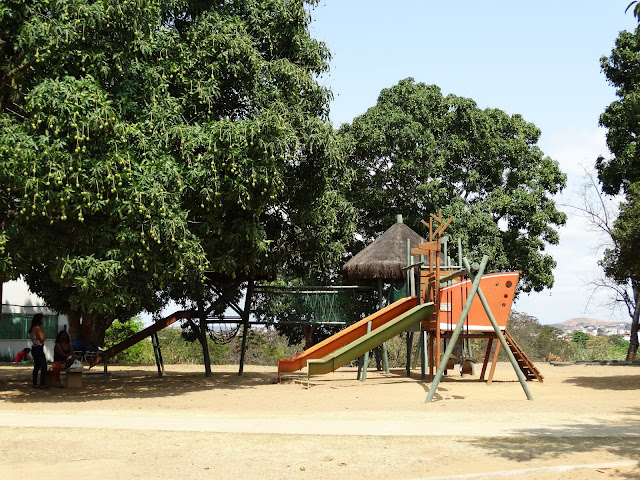 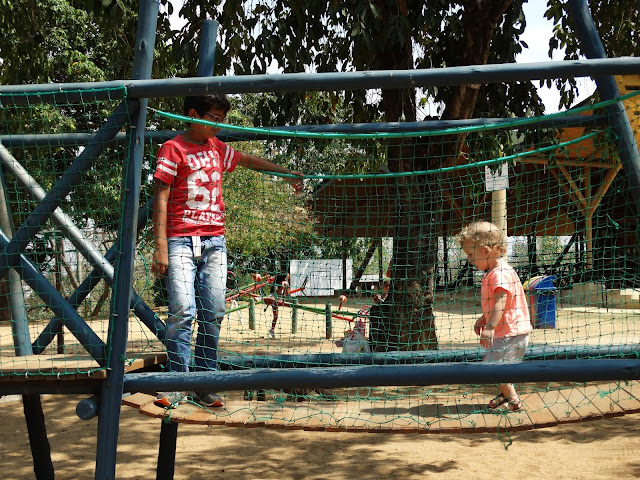 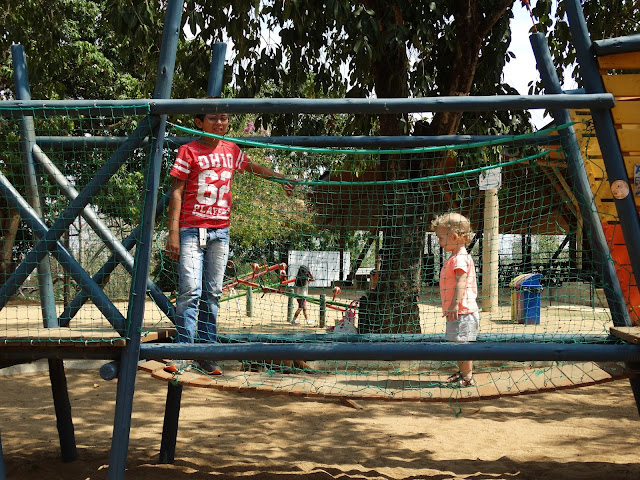 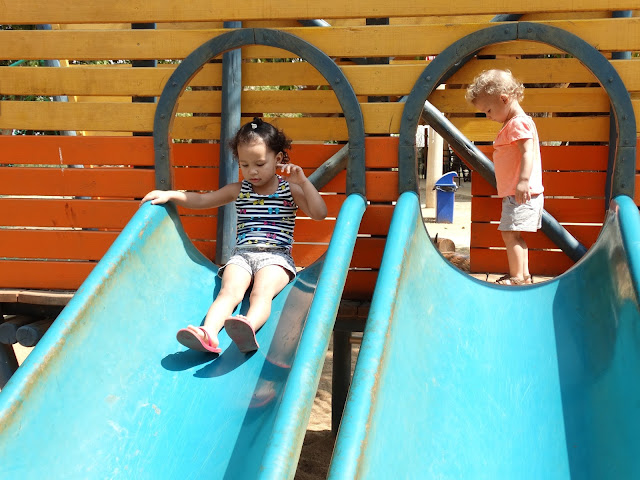 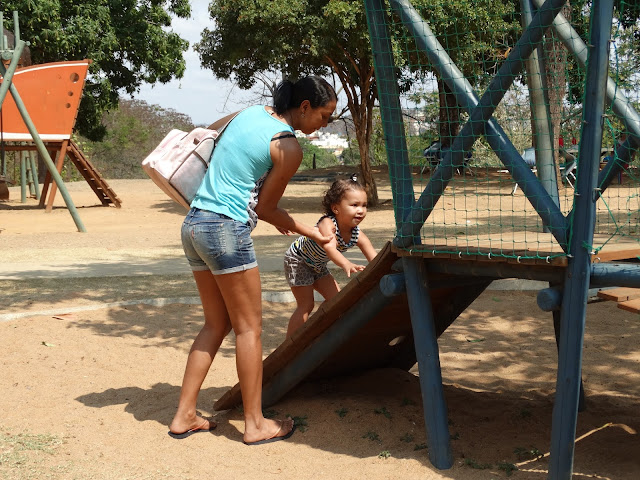 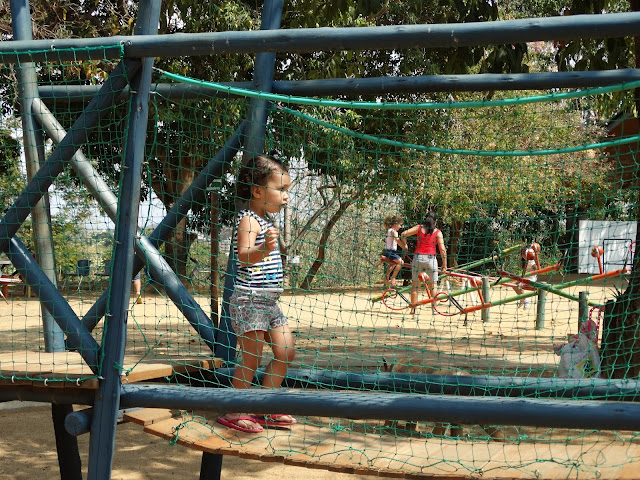 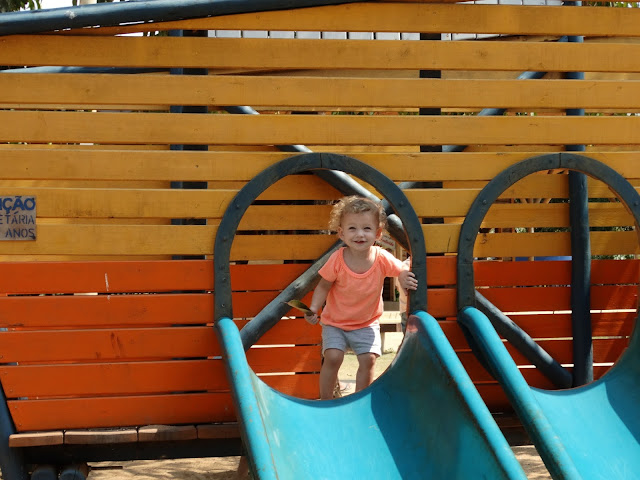 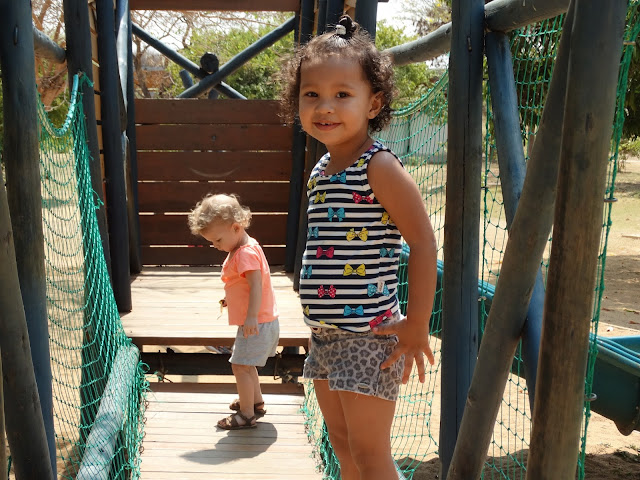 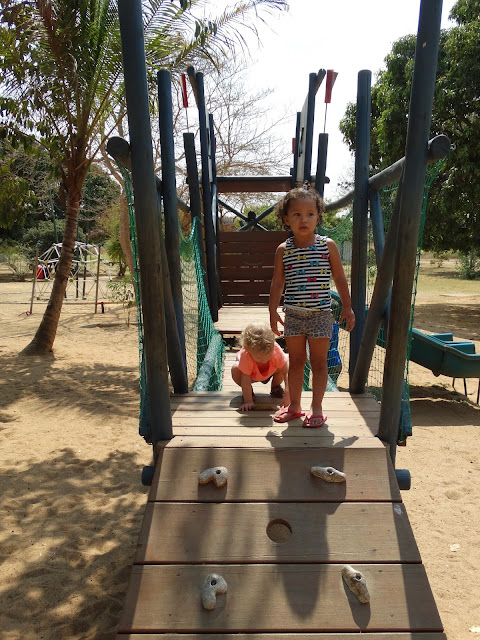 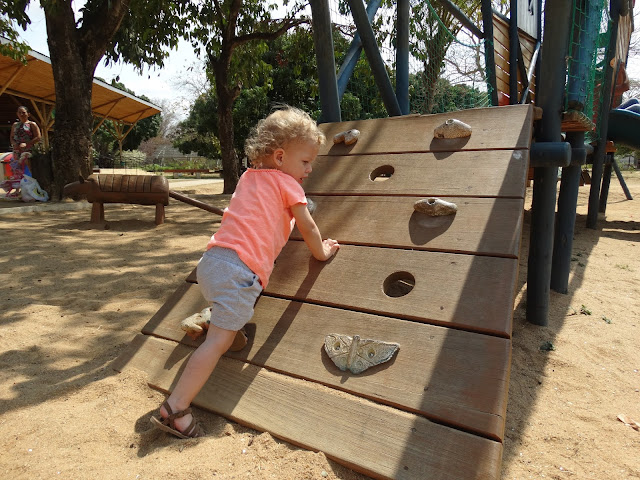 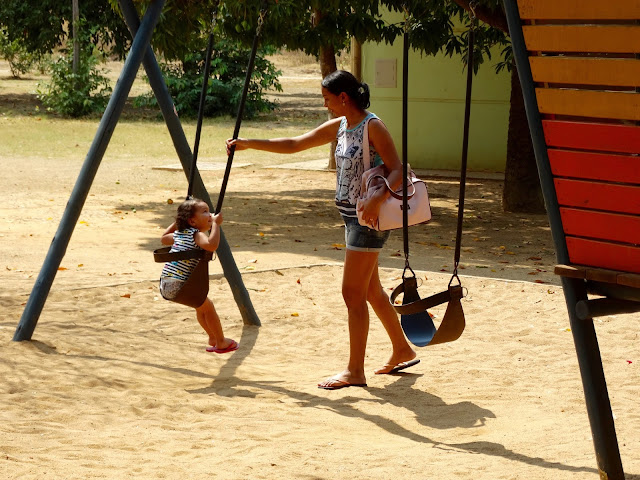 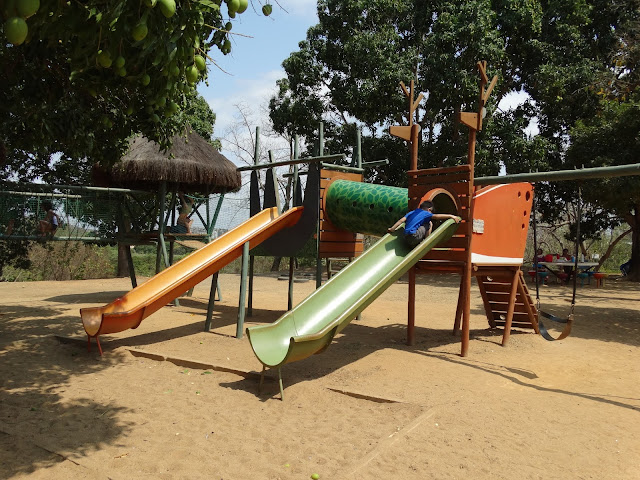 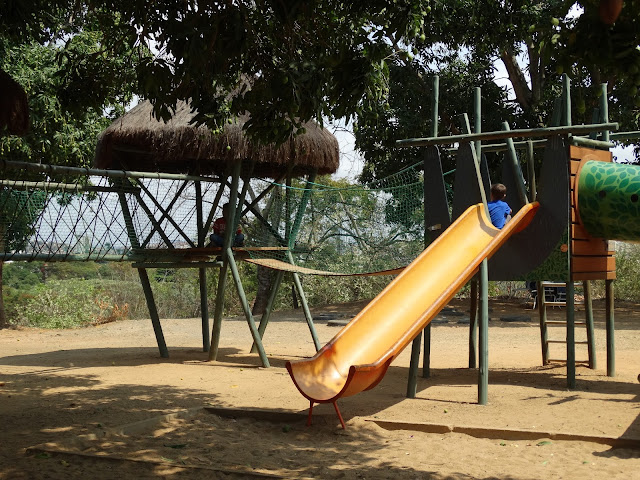 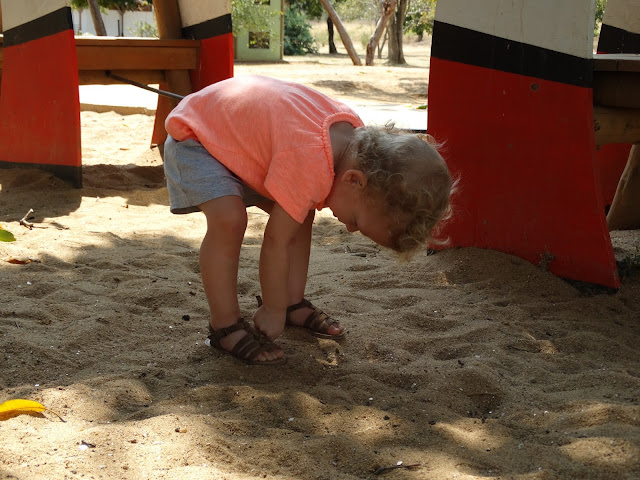 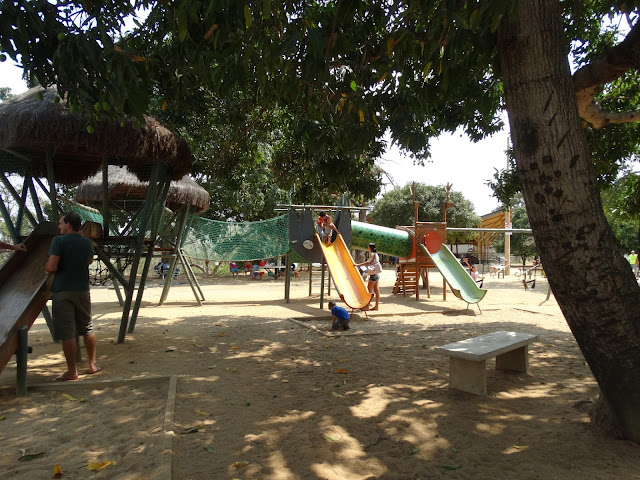 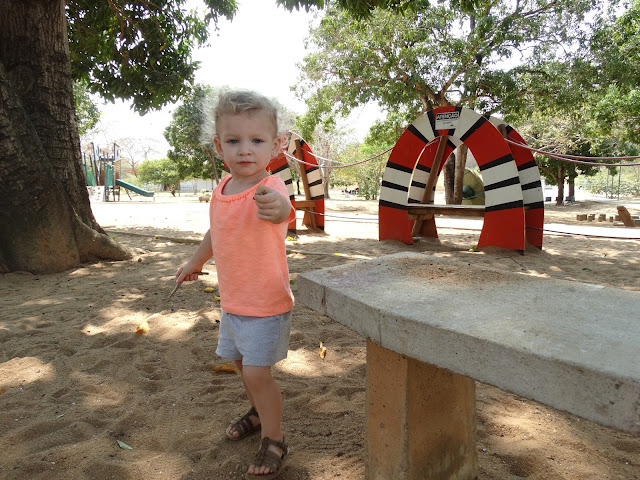 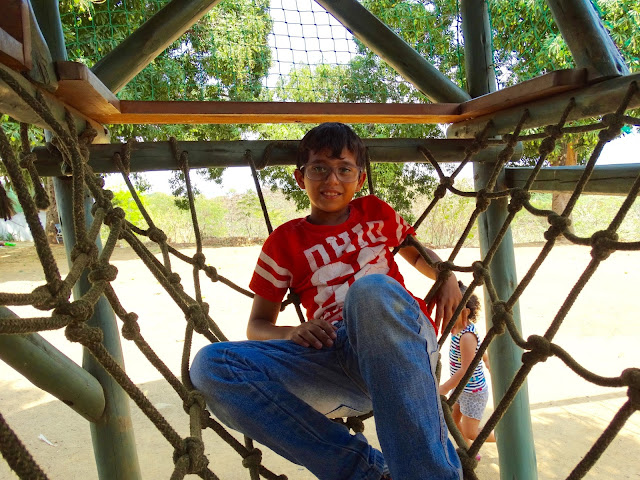 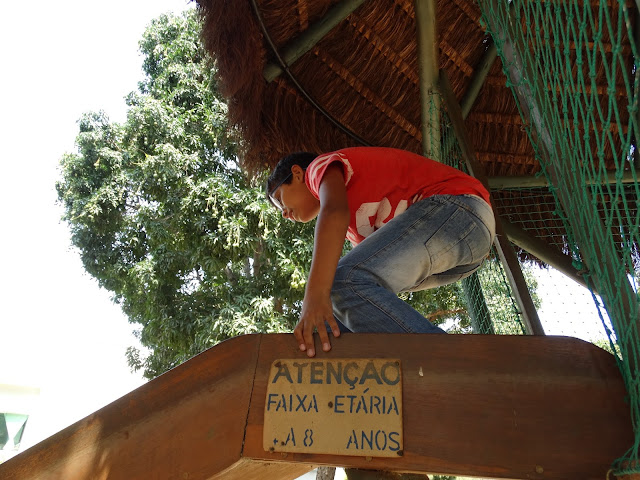 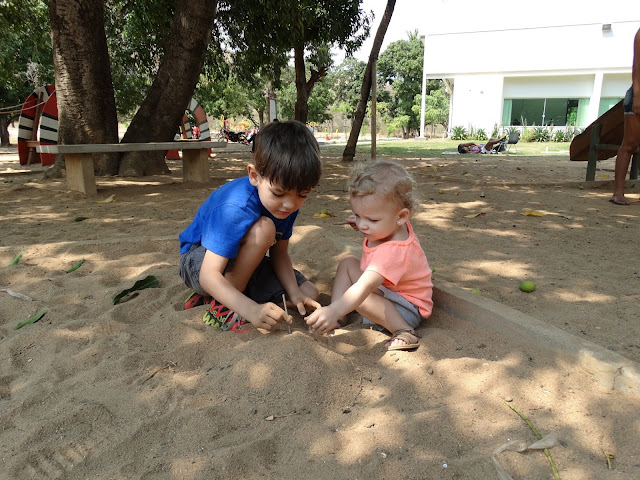 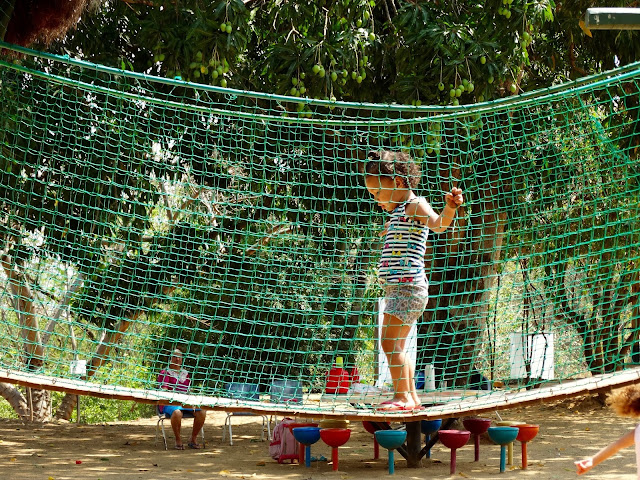 There aren't a lot of things for kids to do in our city. Kids are included in adult activities - which I love - but there aren't many kid-centric places. In the States we had a yearly membership to the aquarium where we'd go on rainy days. There were zoos, museums, parks everywhere; there was always something to do. Thankfully there is one amazing park in our city, although it's a bit of a drive. It's the Parque Natural Municipal (Municipal Nature Park). It's well maintained, free of trash, and has different play structures for older and younger kids. We like to go on Sunday mornings when it's less crowded and the sun isn't too hot. The kids get to release energy and then we go home, pick up some take-out lunch, watch a movie, and take a nap. Sundays are definitely the most tiring days in our house, but it's my favorite day because we get to spend so much time together.

Last Sunday I brought along my sister-in-law, her daughter (who is only a few months older than Alessandra!), and our nephew (aka my second son). I love watching the girls play together because Alessandra is so pale they really look like the "American" and "Brazilian" versions of each other. They even have the same crazy, curly hair. And it's always fun to hang out with my niece because I can see all the things Alessandra will be doing in just a few months. Maicon is old enough now where I can let him run around with his cousin and I don't worry too much about him getting hurt or wandering off. Plus there are lots of park employees walking around. I try to let the older kids do their own thing and not interfere too much in conflicts (unless there is hitting, which thankfully hasn't been a problem so far). I think it's important for them to learn conflict resolution on their own. I love that Maicon and Alessandra have family around to play and grow up with.
Posted by J De Melo