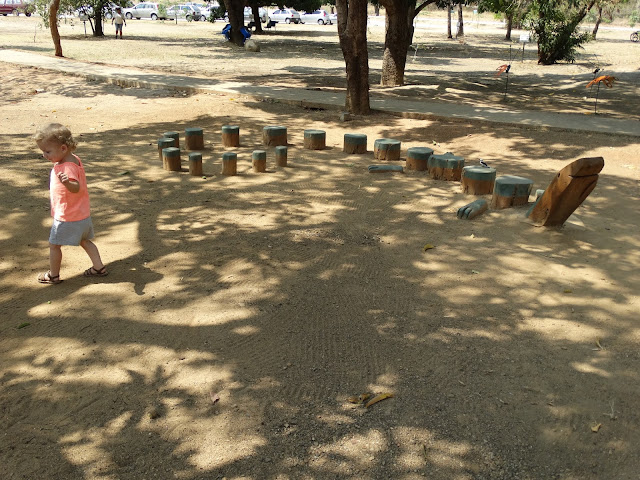 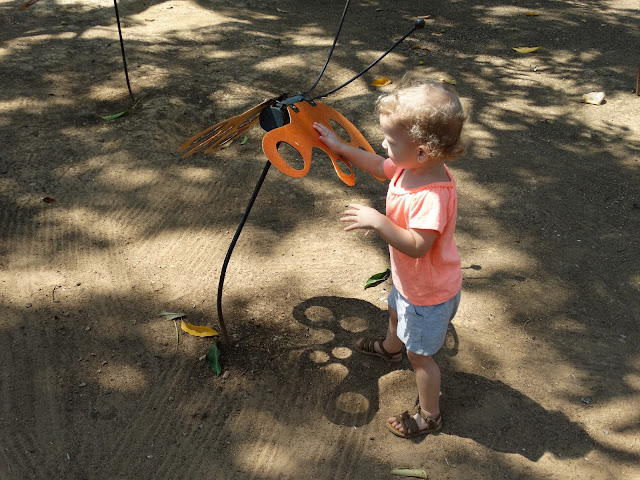 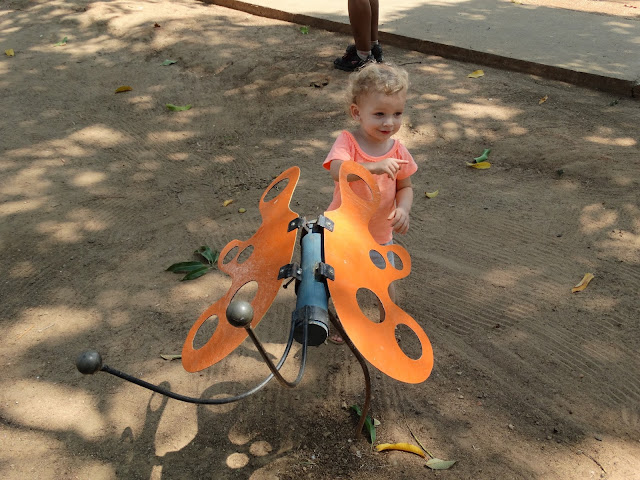 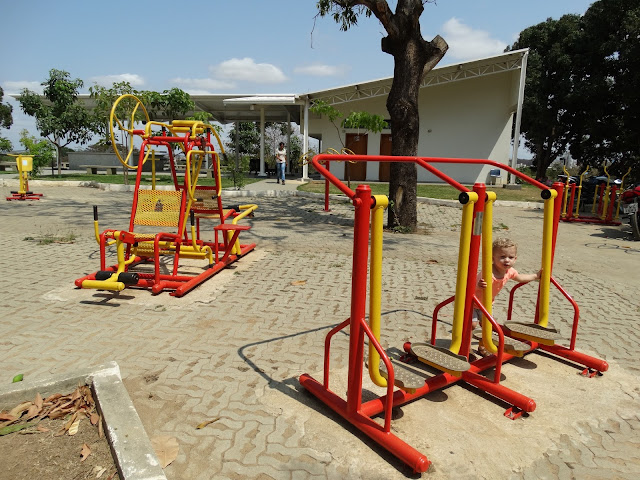 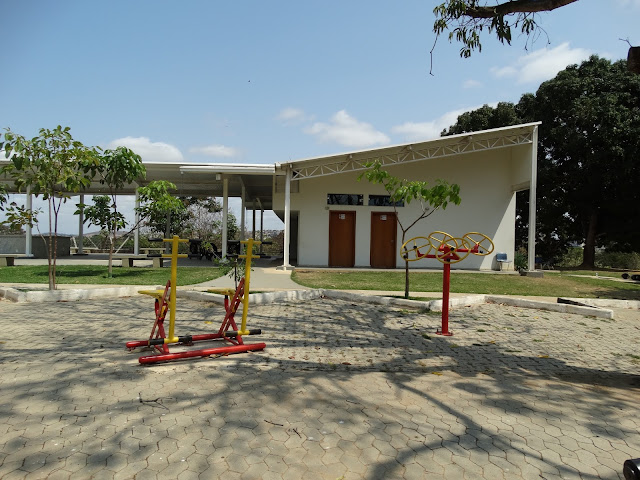 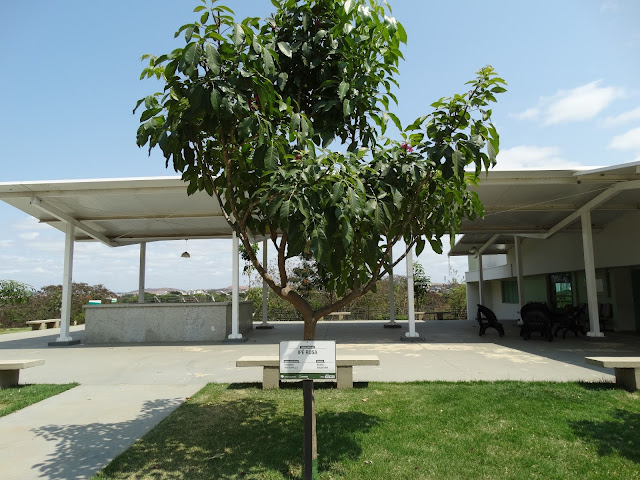 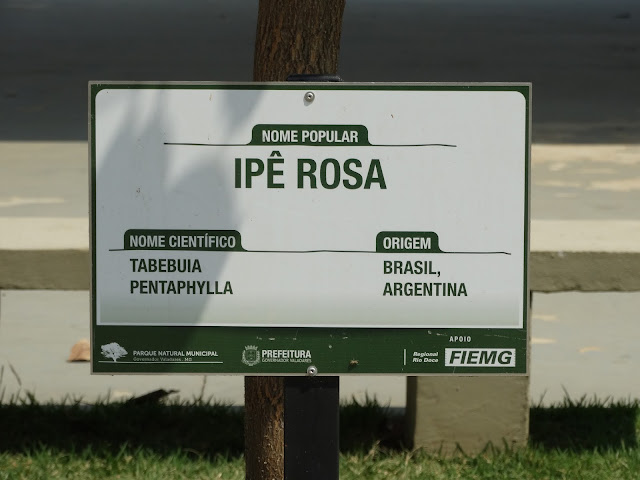 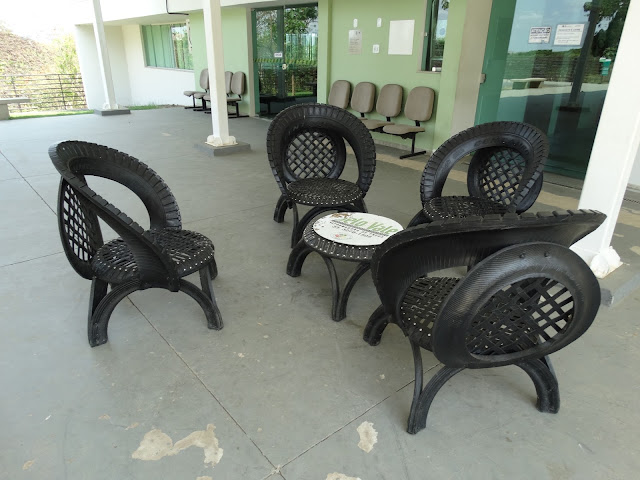 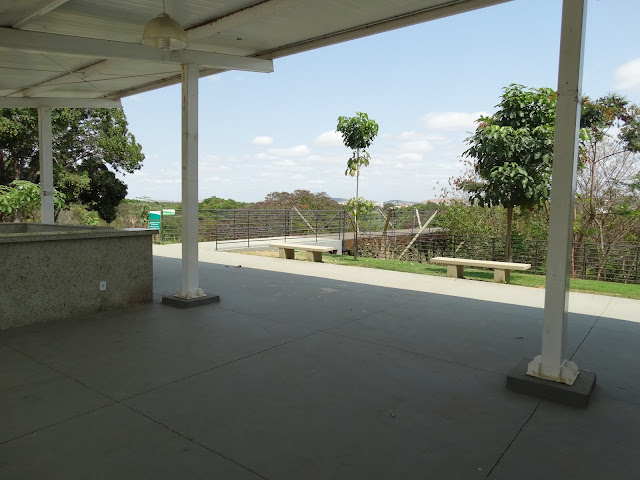 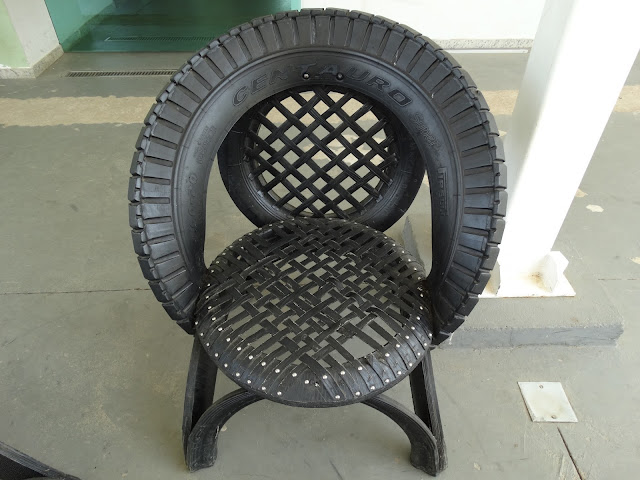 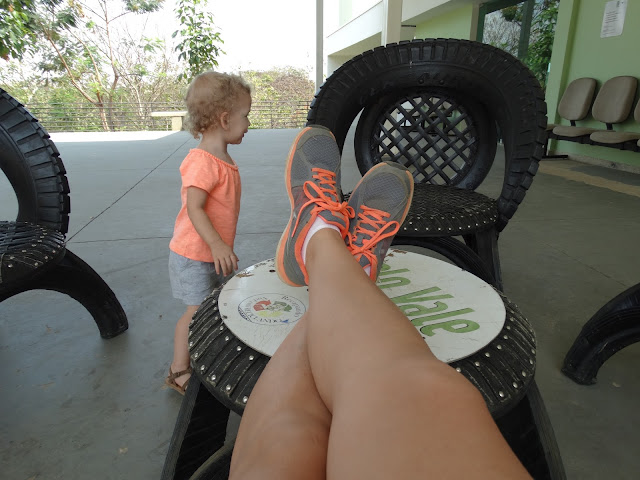 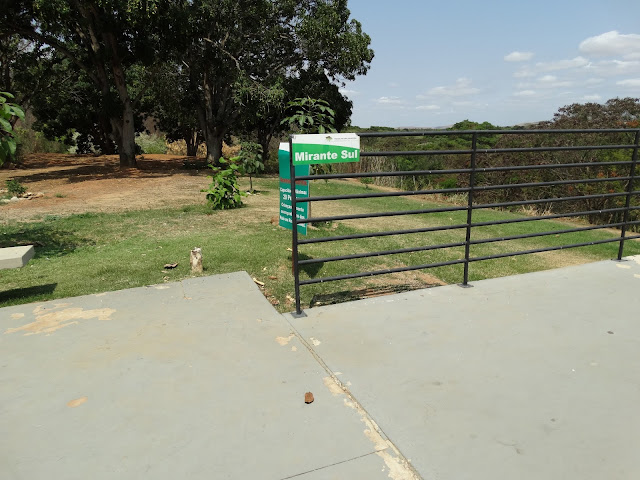 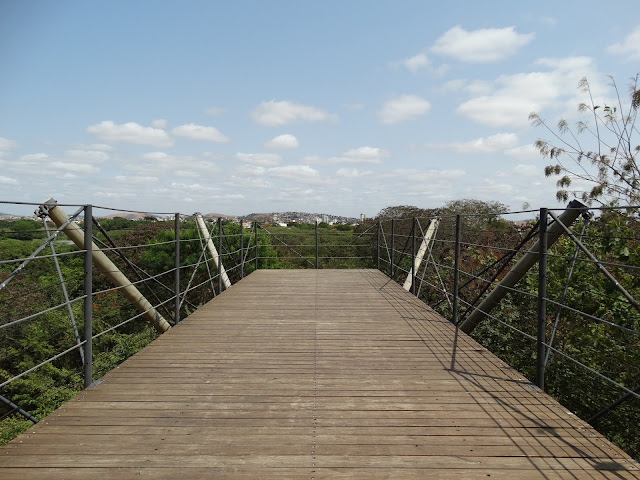 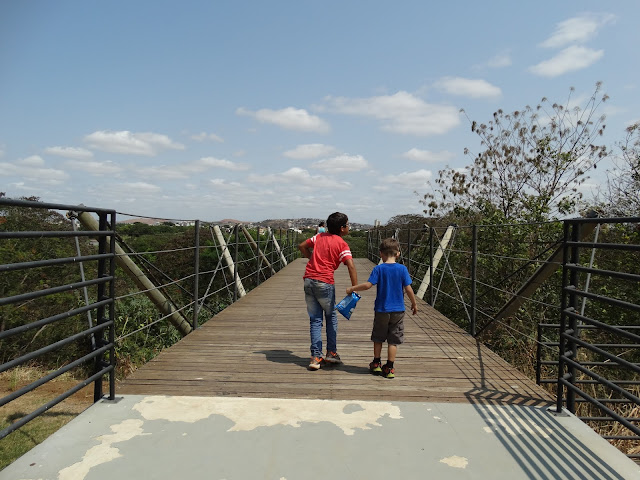 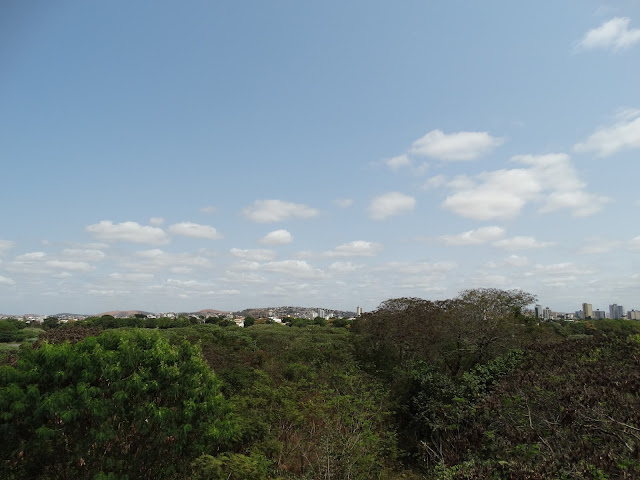 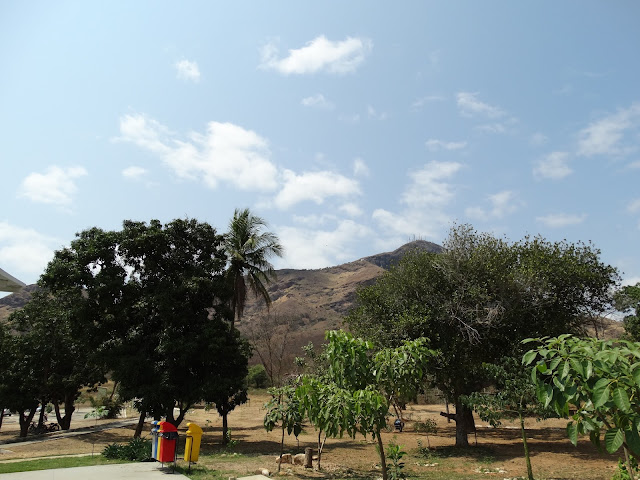 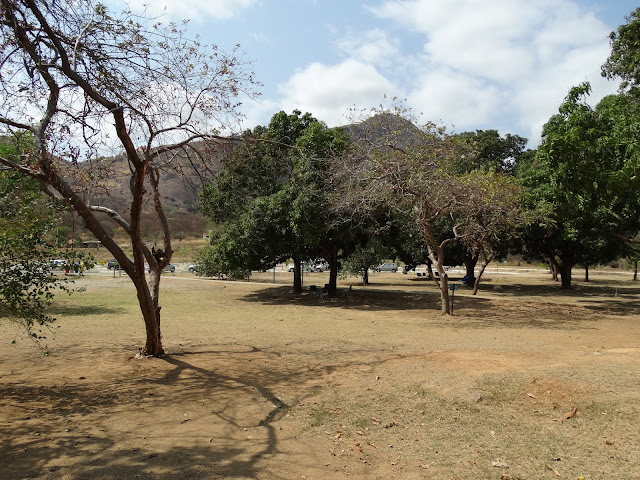 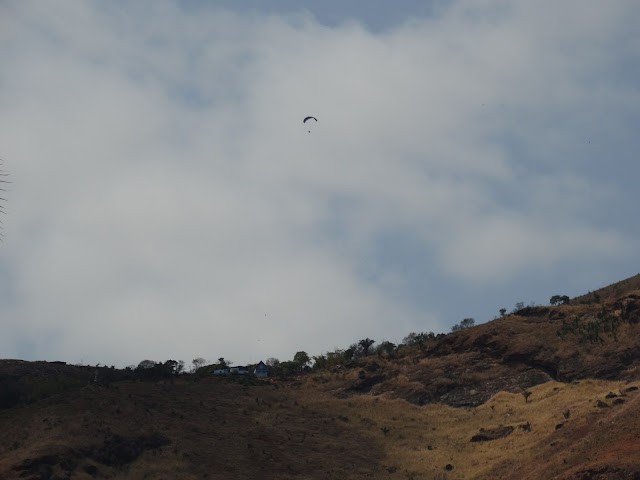 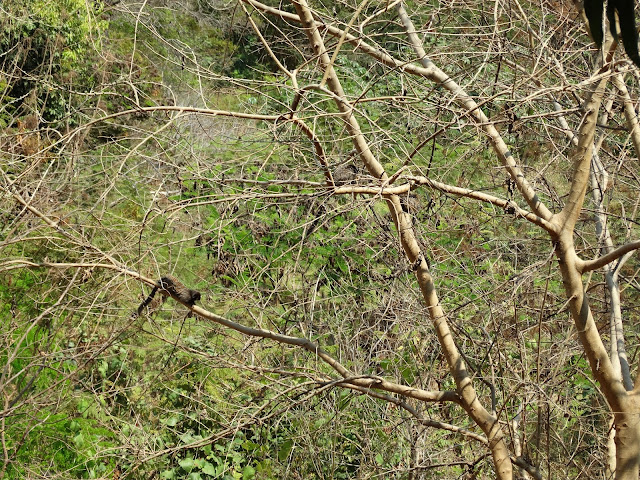 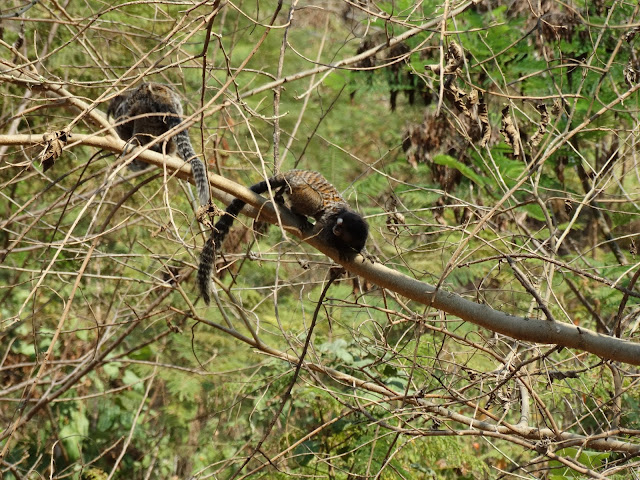 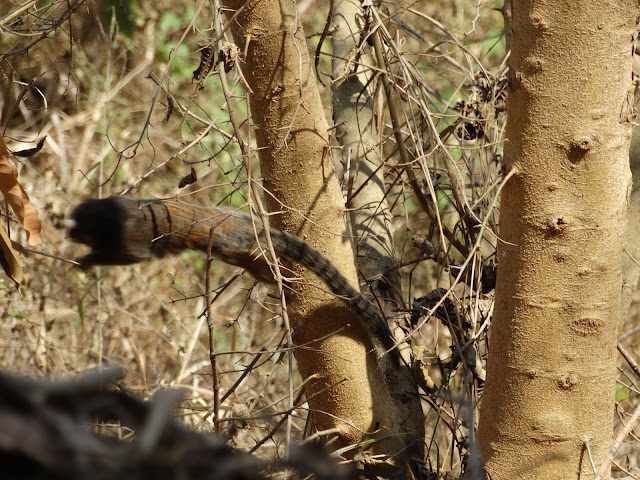 I'm late to post, again, but I've been reading a lot of Stephen King lately and I get caught up in the plot! I swear, this park is really my favorite place to take the kids. Well maybe it's tied with Pizza Park, a restaurant with a play area like Chuck-E-Cheese (and pizza mmmmmm).

Like many parks in Brazil, there is a small workout area with metal structures that mainly use your own body weight. I've seen these in China as well and I think they must be more for the elderly population, because they don't seem to do much for me. I find it hard to believe that anyone could get a serious workout from them. You're more likely to catch kids playing on them than people actually working out.

Brazil is a strange place in that litter is everywhere, but they re-use objects with advanced genius. For example - those chairs are made out of used tires! And they were comfortable! Definitely a Pinterest worth DIY.

The park has two viewpoints that I've seen. I think there are actually a few more, but I haven't been able to hike on any of the trails yet. One day, when both kids are in school, I'll get to do some hiking. It's way too difficult to corral my two extremely curious children on the paths. And there is a bonus view with the paragliders because a lot of them land right in the parking lot! Which is how we discovered kites are banned at the park. (There is a concern that they would be decapitated by the strings, which I'm completely skeptical of, but alright.)

And if you follow me on Facebook, you know that we saw monkeys, finally! Just over a year in Brazil and we finally saw them. My husband actually had one as a pet while growing up here. I think they are a type of marmoset. They were jumping everywhere and teasing each other. They kind of reminded me of squirrels they way they jumped through the branches. They were hands down the highlight of the day for my son.
Posted by J De Melo