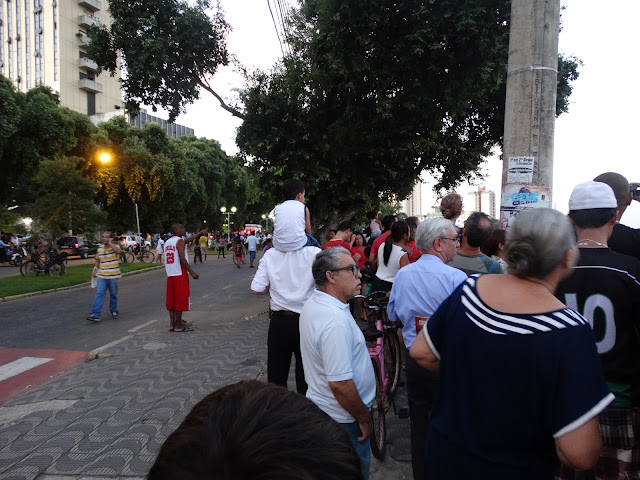 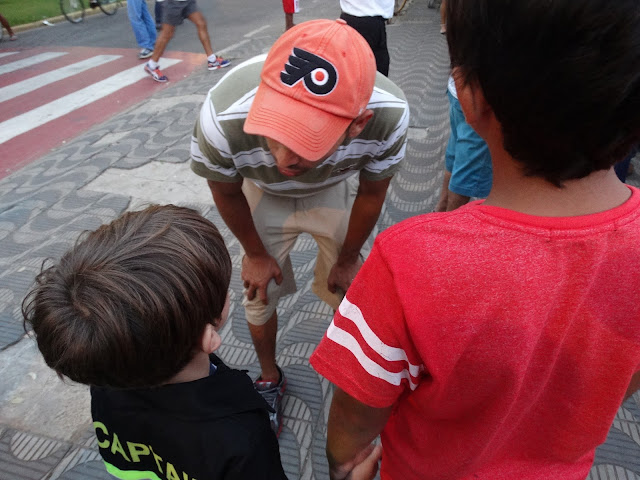 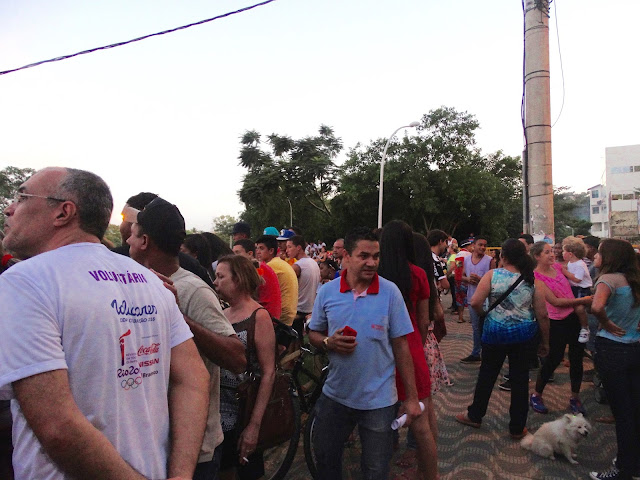 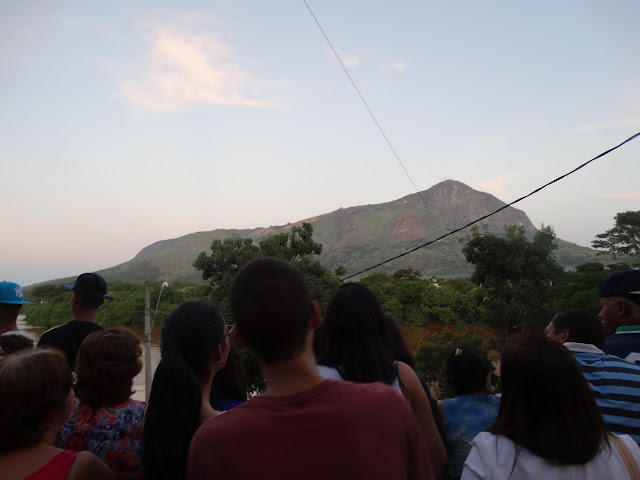 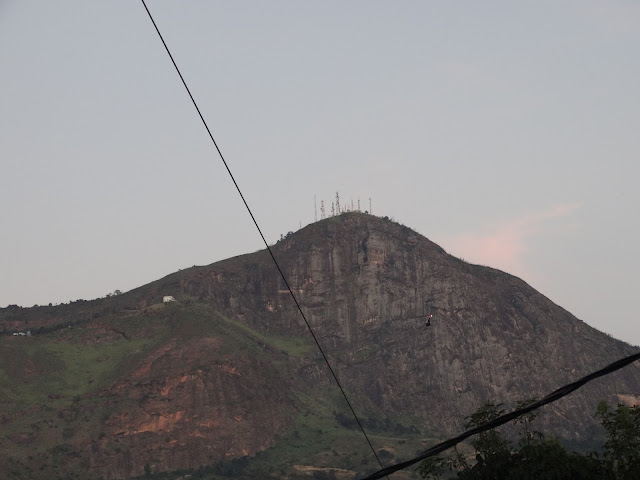 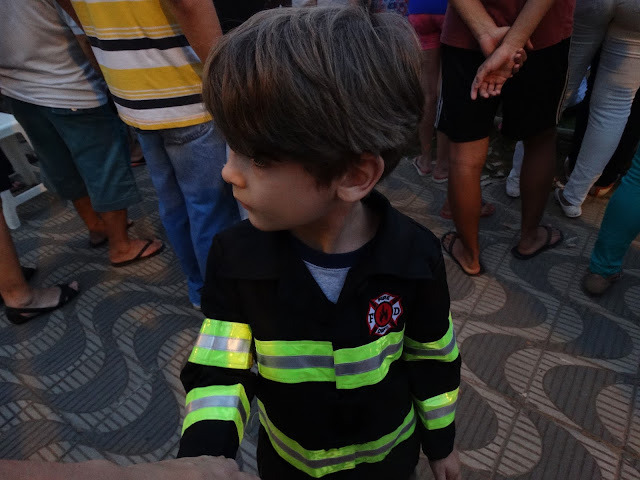 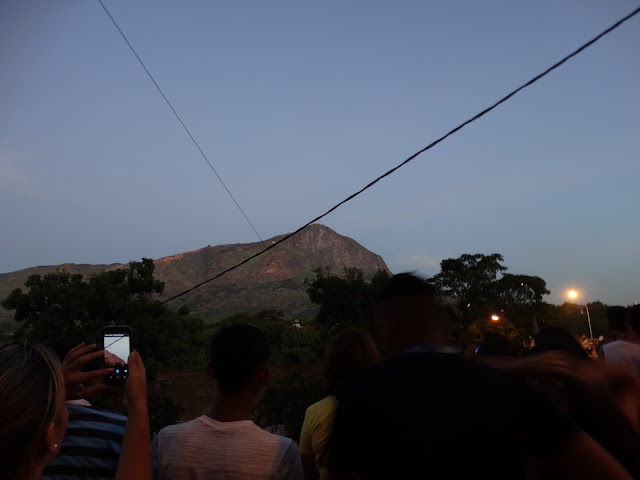 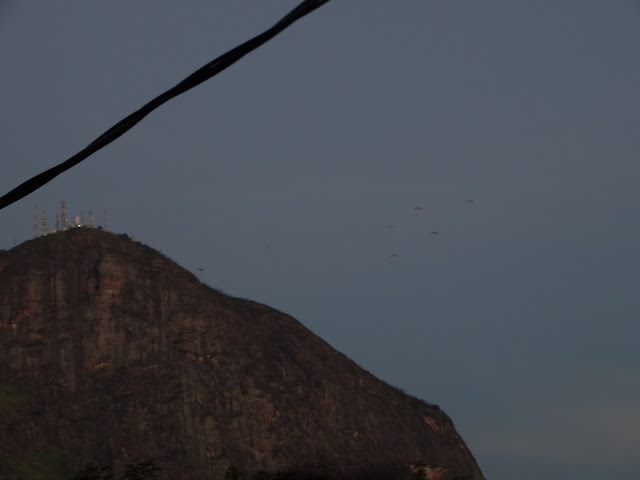 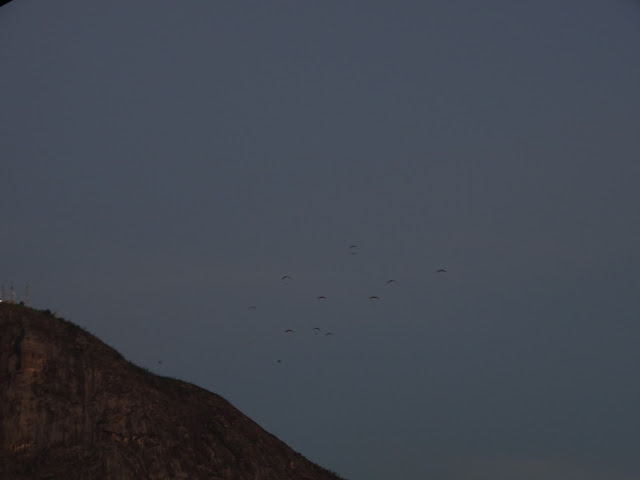 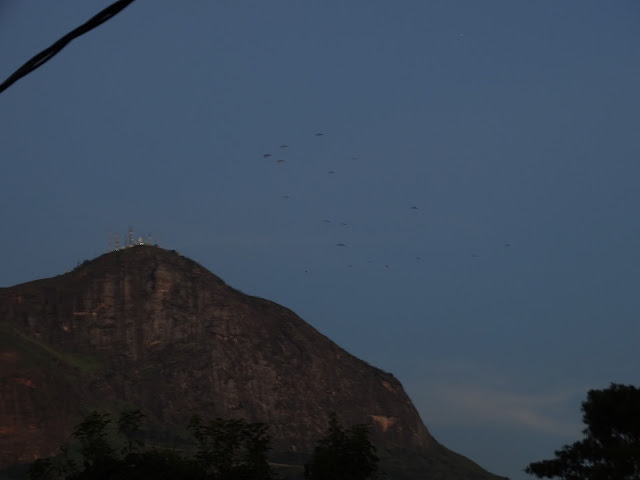 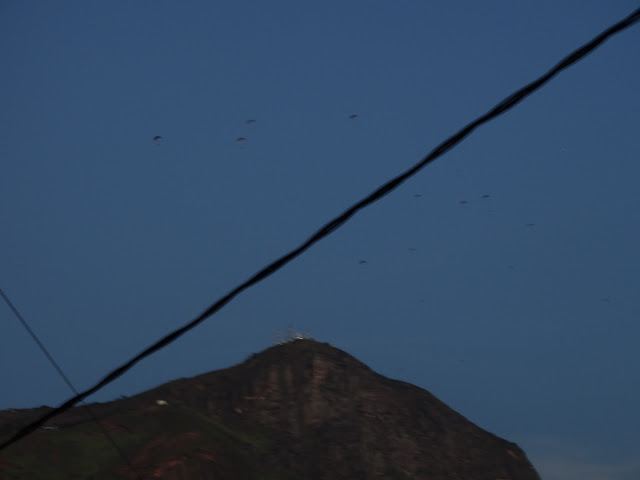 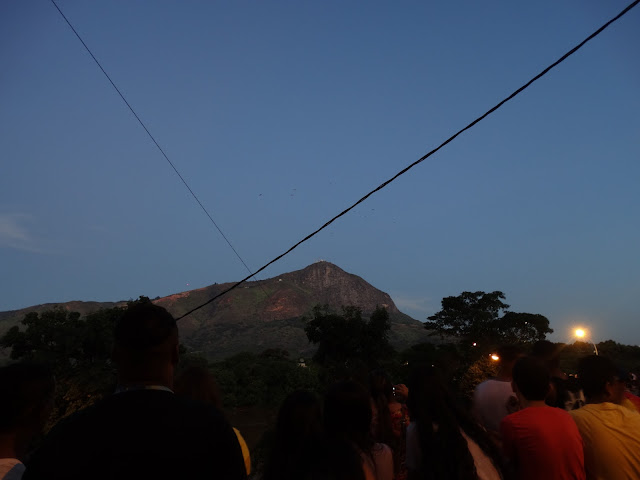 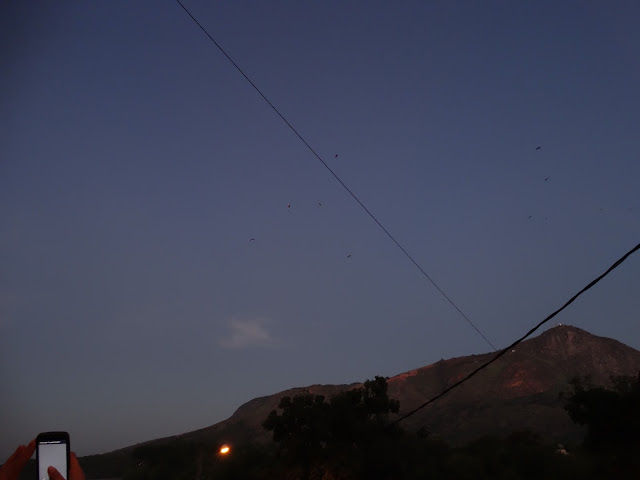 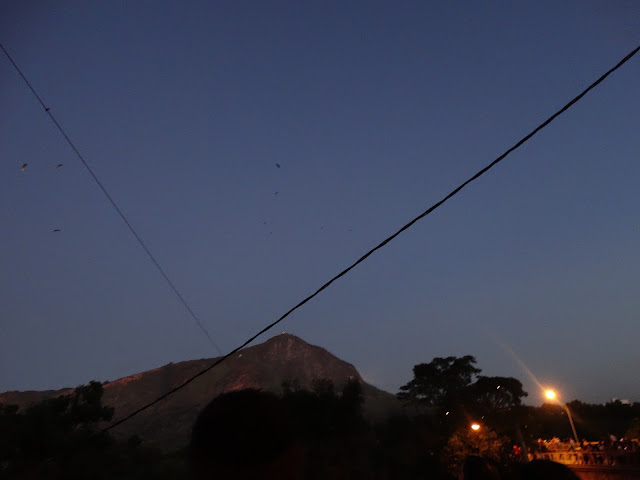 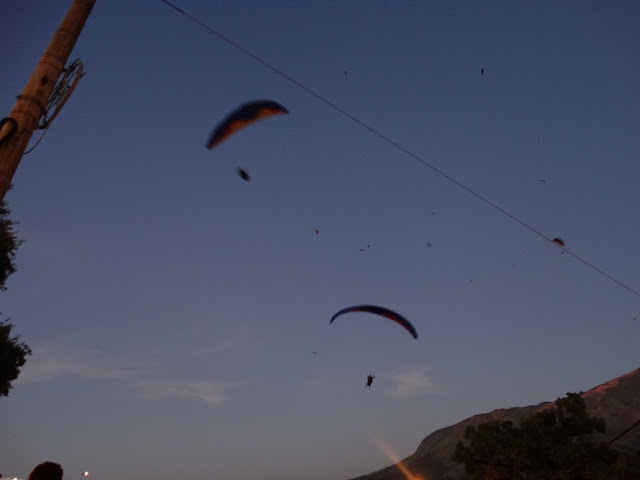 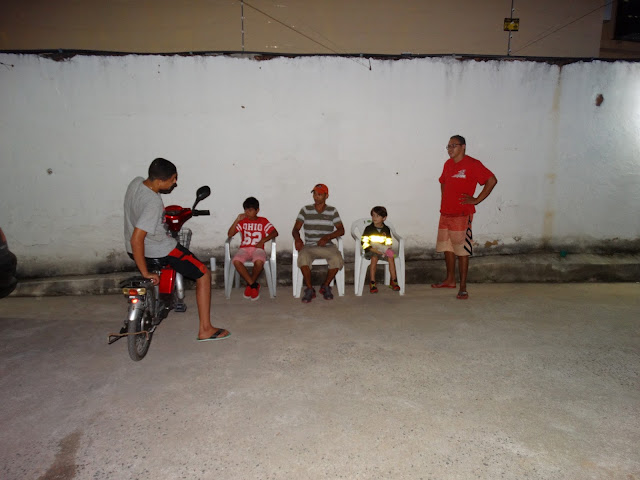 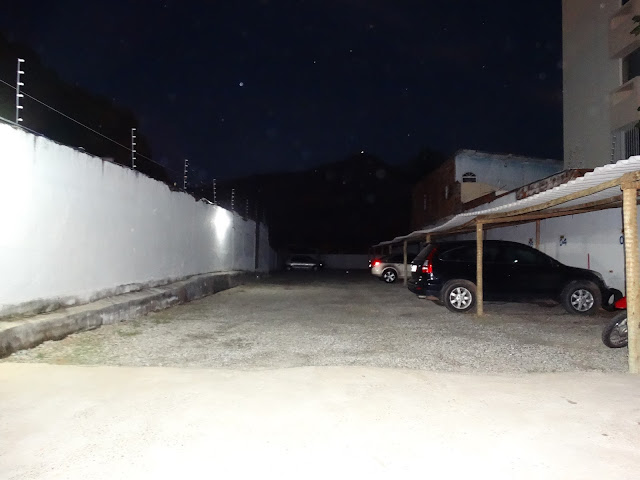 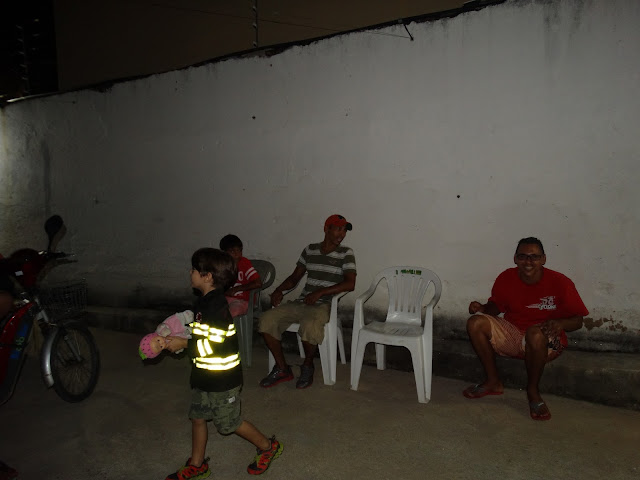 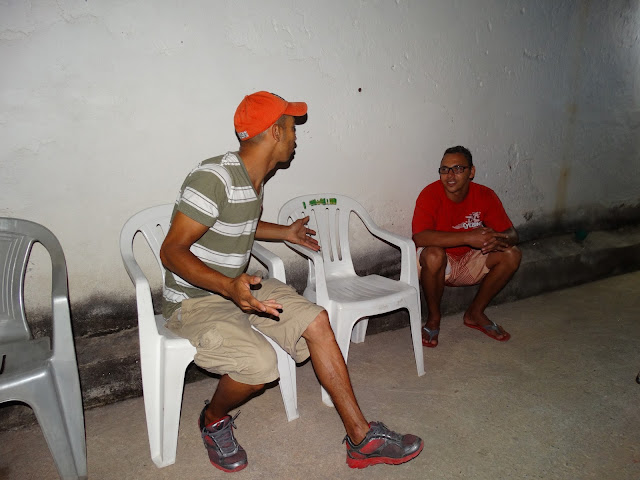 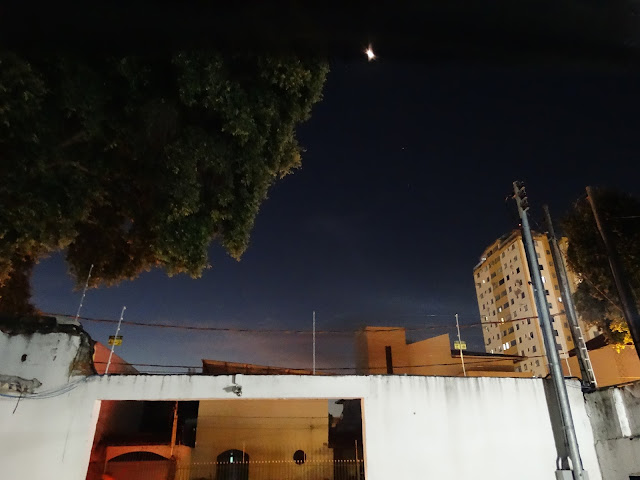 Of course the Olympics are over now - no Zika epidemic, no massive clash between Brazilians/spectators/police. Just one little false robbery story. Pretty good for South America's first Olympics! We attended a few Olympics-sponsered events, but the best was watching the Olympic torch be carried down from Pica de Ibituruna among a massive crowd of paragliders. Our town is unofficially the world's foremost destination for paragliding and hang-gliding. (You can read all about our trip to the peak here!)

Around 20 para-gliders came down from the mountain in the same time frame. Normally, at any given point in the day, you can look to the mountain and see one or two people coming down - so 20 was quite a sight! One paraglider had a strobe light pointed at his canopy and we correctly assumed that he was the one with the torch. They landed in a field next to the bridge where we were watching the torch come down. Once the para-gliders had their gear stowed, the torch was carried throughout the city.

Afterwards, we went to Farley's parking lot/car wash to wait out the traffic. A cousin rode over on his moped and we took turns riding it around the lot. It was really fun! Farley takes his motorcycle everywhere, as many people do here, but I've been too afraid to learn how to drive it. However, I'm convinced that I could handle a moped! Once Alessandra is in school, I'd like to get one to ride around town. I looked into them a little bit and found out that they cost as much as a motorcycle here, because no driver's license is needed to operate it. But I think it will be worth the gas savings.

(I wish I had better pictures, but I was trying to make sure the kids didn't run off in the crowd.)
Posted by J De Melo