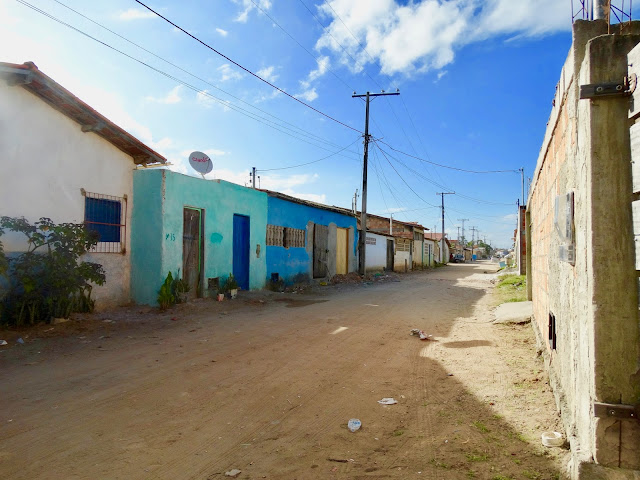 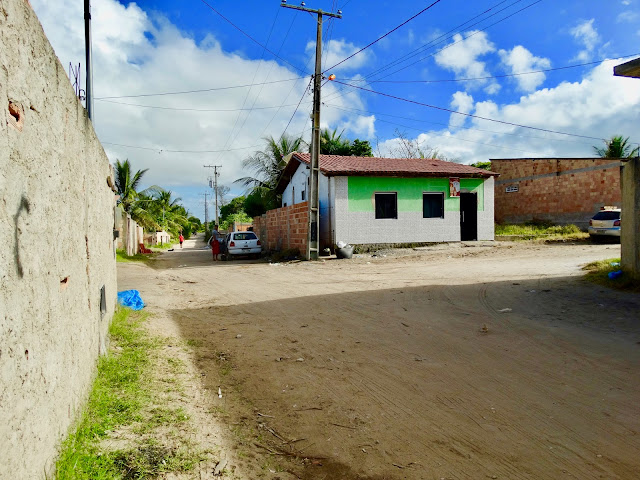 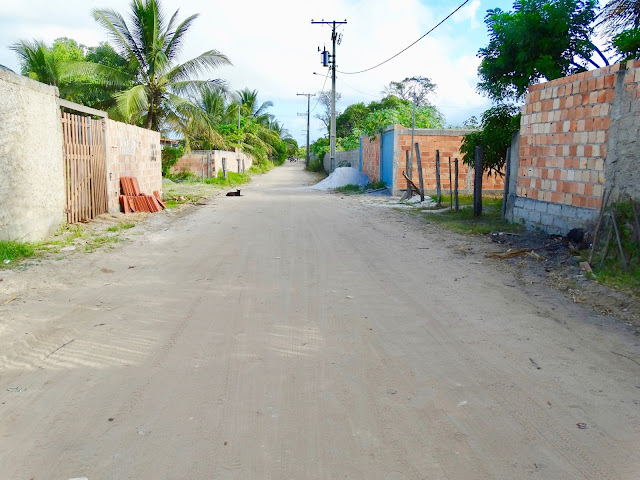 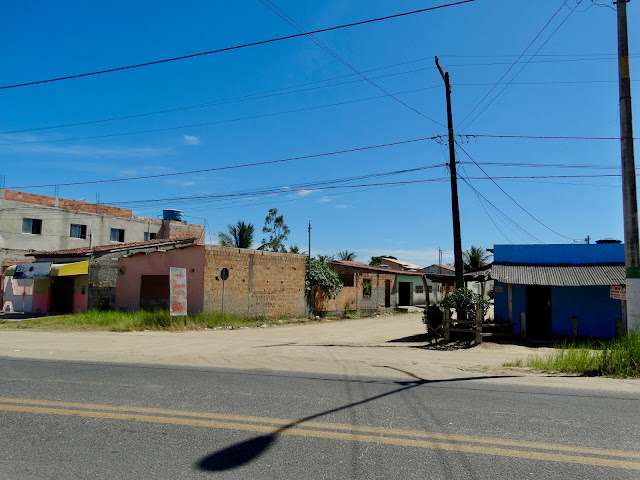 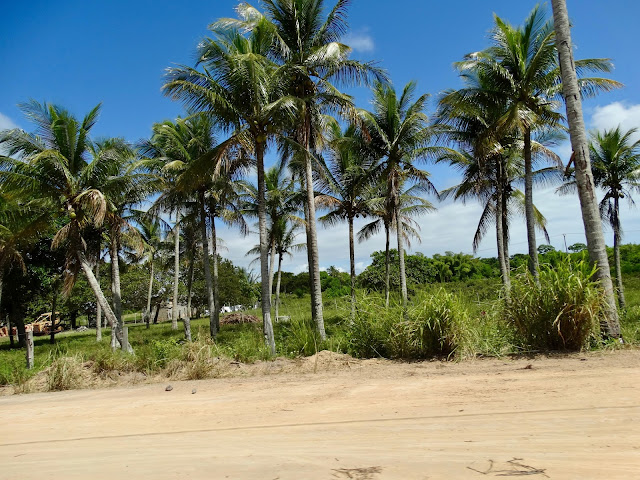 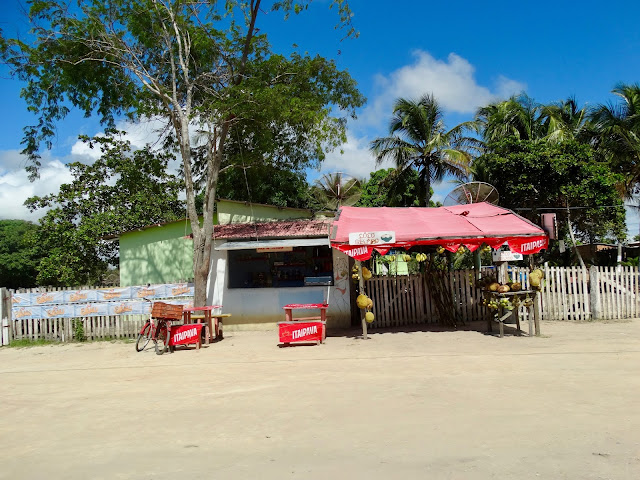 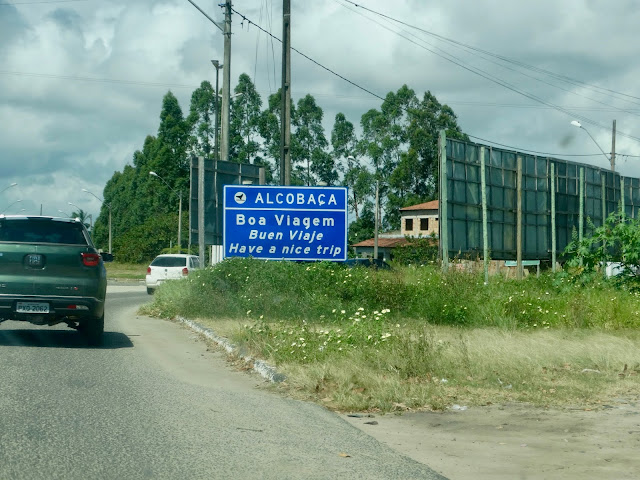 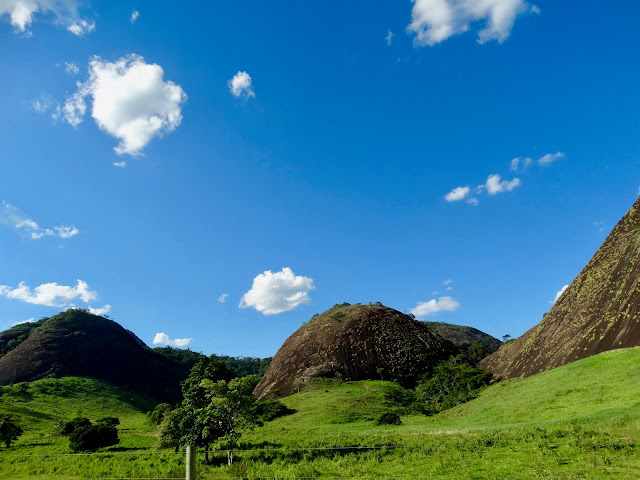 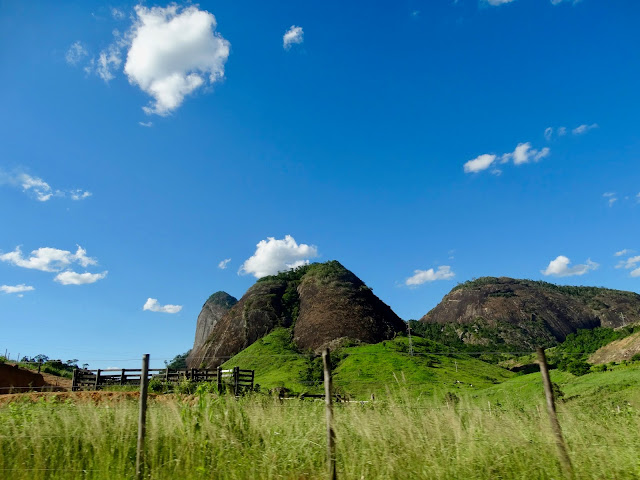 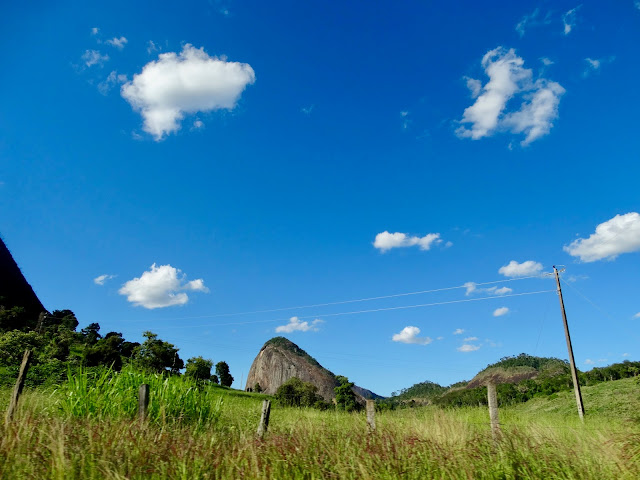 Where we stayed + some of the drive home. So sorry about the "through the window" car shots; it was a seven hour drive so we tried not to stop too much.

Just in case you guys were jealous about the luxurious life I'm living over here in Brazil, here's some "back to reality" photos about our trip. We vacation the typical Brazilian way - a thousand people sleeping on the floor of a friend of a friend's home. We were actually at a pseudo-cousin's house. My husband has a "Tia," Georgina, who is actually just a very, very close friend of his mother's. We stayed at Georgina's daughter's house. (Poliana from this post). They called each other cousins while growing up, although not actually related by blood or marriage. This is really common in my husband's family, maybe it's a Latin thing? There's always some mention of a cousin related by blood, marriage, or intimacy. I never know and I've stopped asking how people are related. Anyway, we spent almost the entire day, every day, at the ocean, staying at the house only to sleep and fuel up on coffee and bread in the morning. Our digs weren't fancy, but they were free. Just in line with our budget! Everyone chipped in for coffee, milk, and bread for breakfast and for rice, beans, and meat for our lunch/dinner barbecues on the beach. Most of the cost of our trip was for gas, but for everything else, we didn't end up spending much more than we normally would for a week.

For the drive to the beach, we left at night to avoid the tractor trailers and busses, so we missed all the cool views. (Driving on the highways in Brazil is notoriously dangerous, but that's for another post). When we drove home, I had no idea we had previously passed all these massive mountains. There is some pretty good information about how these mountains are formed here via Exploring the Earth and some scientific journal info here via SciELO. It was way too dangerous to pull over and get some shots of them, so I just took some photos out the window as we whipped along the highway. They're so huge and sometimes they are in groups, but often you'll see just a random singular mountain in the middle of a field. I really need to do some research on Brazil's geography, because it's absolutely fascinating. Farley wants to take a trip back to Alcobaça for Carnaval, but I might let him turn that into a guys' trip while the kids and I stay home. I need some time for the memory of the terrifying drive to fade.