The Plight of the Missed Flight...and why you should always read the fine print. [Guest Post]

I have had the pleasure of becoming really good friends with an amazing woman named Carolyn. She is a fellow expat in the nearby state of Espirito Santo, Brazil. (Although, she and her family will soon be leaving us to move permanently to the States!) She'll be providing guest posts on the blog! You can look forward to some great stories on travel, life as an expat, life in Brazil, and whatever else she feels like sharing in the future. I was so happy she shared this story with me because I've been planning our next trip to the States, and I was looking forward to exploring Panama City on our layover. I would have been effed if I hadn't learned about her experience first... 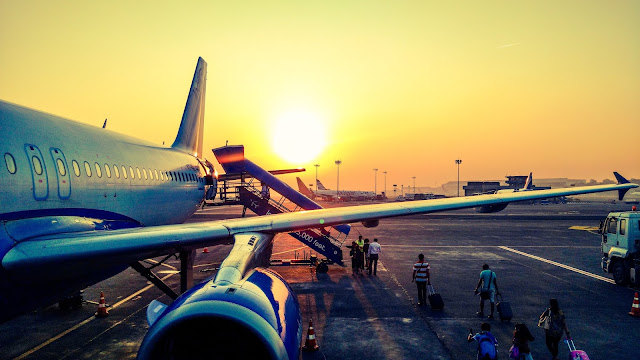 The Plight of the Missed Flight...and why you should always read the fine print.

Around this time last year, my husband and I were planning a vacation that we had no idea would end in disaster. Well, not disaster, per say, but not pleasantly.
We have been living in Esprito Santo, Brazil, for about four years at this time and intended to visit my family in Costa Rica, where he would get to see my parents for the first time since leaving the United States. After much excitement, we were off to our first layover in Sao Paulo, which was to be a roughly 8 hour stop, though our next leg, which was to connect in Panama, was delayed by 3 hours. Finally, after what felt like days (but really, 8 hours in horribly uncomfortable airport seating) we headed off to check in to our next flight.
"E sua comprovante de vacinacao?" The dreaded words I had no idea would derail this whole thing. Proof of vaccinations. I have been living in Brazil for four years and I have never had any vaccinations, nor have I contracted any diseases such as dengue, zika, or as was their concern, yellow fever. My aunt owns a cute little B&B in Tamarindo, Costa Rica. My entire family has come and gone from Costa Rica multiple times, and never was anyone required to get any vaccines, so that was not on my mind. Before the tickets were purchased, my only concern was making sure all travel documents were in order (dealing with the US Immigration system for six years will drill that into your brain. Never again!), and all was well. Neither my husband, nor I, needed a visa. So, I completed the checkout and purchased our plane tickets and went on my merry way. There was a little blurb at the bottom about travel information, but that just led me to believe it was regarding visa requirements, which I already covered, so I thought we were all set, and I promptly ignored it.
In case you didn't get there yet, that was a rookie mistake. All my international travel has been between Brazil and the US and all my troubles were visa related. I never really considered the health implications. I freely admit that and I will never make that mistake again. But man, why does everything have to be so difficult with travel?? After telling the clerk that we did not have vaccinations, he informed me that we could not get on our flight without the yellow fever vaccine. I then asked if there was a clinic in the airport where I could get it, and was advised that there was a clinic, but they did not do vaccinations. Fair enough. But, like a magician pulling a scarf from his sleeve, I was  forced to ask if there was a clinic nearby where we could get this done. "Yes, up the road a little." Okaaay... are they open? How far, exactly? How do I get there? Only to learn, sadly, after an interrogation, that the vaccine requires a 10-day incubation period. Cue the deflating balloon that was my hope of seeing my family, going on my first real vacation as an adult, my husband getting to see my parents (they love each other so much, I am convinced they love him more than me. Not really, of course, but some days I wonder...).
Finally, it was time to sort out getting back home, as clearly, there weren't enough hurdles. As it turns out, we happened to be in Sao Paulo the day there was to be a nationwide strike regarding the general state of disarray that is Brazil, and the airport's employees were all planning to walk out that afternoon, meaning if we didn't want to stay the weekend (Hint: we did not. Way too much drama; this was already ruined), we needed to get out ASAP. The only flight back to our city was set to leave in 90 minutes, on the other side of Sao Paulo, at 9:30 am on the day of the strike. That was clearly impossible, and was going to cost me $400, no go. As fate would have it, the memory of my husband asking me that day if he should bring his driver's license and me saying no, out of fear of losing it, and no need for it as he had his passport, replayed in slow-mo in my mind. This meant that renting a car was out of the question, leaving us, in the end, with a 15-hour bus ride back to Vitoria.

We finally made it to the bus station after another $40 cab ride, purchased our tickets, and settled in for the 7 hour wait to leave this place, which I am certain has beautiful areas, but unfortunately, due to the routes we were taking, left us with only graffiti sightseeing from the highway and the exotic smog fumes that leave you feeling as though you just smoked a cigarette...or 4. In the bus station, there were little waiting rooms for the bus line you were taking, so we settled in there. At least there was AC. But, despite being the only ones there for the majority of the time, you could not spread out, or risk being scolded whenever the attendant looked up from her phone.
It was at this point that my husband remembered he has some friends who live in Sao Paulo that he had never met in person, despite playing Counterstrike with them for many years. He called them up to see if they wanted to meet up. A couple of them showed up and helped us pass the time in the terminal, which, if I wasn't going on 24 hours since my last shower and 30 hours since I last slept, would have been much more enjoyable. They were still quite fun, and ultimately, that was the best part of the trip that never was. There were some other memorable moments at that location, not limited to the bizarre Subway restaurant line that was so busy there was one person standing at the front of the line calling for orders so fast he was taking up to six people down the line at once. I truly felt for those employees.. that was some high stress sandwich-making. The return trip, once on the bus was uneventful, until...

The strike struck Vitoria. There was a group of protesters standing in front of a pyre of tires, refusing to let anyone onto the bridge necessary to get closer to the city. The poor bus driver stopped and said he was awaiting instructions from the company to decide to take an alternate route, wait it out, or try to pass. It was in that moment that you really got a sense of how brave people are...when it is not necessarily them on the line. The entire busload of people started shouting after at least 30 minutes of being stalled. A policeman arrived, as did a representative for the bus company, and we learned that he had the go-ahead, but the driver himself was so scared that he wouldn't move forward. I can't entirely blame him, when I was in Rio for a few days a couple of years ago, a bus was attacked by protesters in Copacabana, setting the bus on fire and breaking the windows. It was very scary, and unfortunately, not a lone incident. In the end, we ended up taking an alternate route and tacking on an extra 2 hours to the trip, including someone having gotten on the wrong bus at a scheduled break, so we had to turn around and bring him back.


Thus concludes the saga of a vacation fated to fail, because I FORGOT TO READ THE FINE PRINT. Among other things, but still, that is so incredibly important, no matter where you are in the world.