An Agnostic Goes to Hell

Let's be clear, I fall somewhere between the line of atheist and agnostic. As in, too lazy to take a hard look at what I believe in. To be fair, it's more like I'm doubtful, but open. However, I draw a hard line at Jesus Christ, Moses, and the like. Prophets, disciples.. sorry guys and gals. I'm not buying it. I'm a fan of science. Science, I can get behind. So, I'm not pleased with Brazil's lack of separation of church and state. I take it for granted in the US. I mean even minor infractions can get people bent out of shape. Here, Christ is ingrained in everything. They openly pray in school. They talk about the glory of God and Christ. It's so... weird.

When my son started talking about Jesus, I decided to take a hands-off approach and let him make his own decisions. But, he started saying some pretty... weird things. For example, while shopping at the mall one day, I joked with him that I spent all of my paycheck buying things for him and his sister. In the middle of the store, he opened his arms, looked at the ceiling, and said, "Why, Jesus, does all of my mom's money have to be gone?! WHY??" I looked around. No one thought this was strange. I was concerned, to say the least. I said, "Don't worry Maicon. Mommy doesn't believe in Jesus. Mommy is responsible for spending her money. But the great thing is, you can choose what you believe in. Some people believe in Jesus and some people don't. You get to choose. And whatever you choose is okay." Cool. We've had two more short, similar conversations.

Queue my husband picking my son up from class today. "I was bombarded with questions from Maicon's teacher about why we don't attend church." Apparently some of the students were discussing Jesus (like.. why? talk about Pokemon or some other kid shit), and Maicon said that God isn't real. Well I'll be damned, possibly now and after death. This upset the other students. So now his teacher wants us to attend church (not going to happen) and Farley spilled the beans to this teacher that I'm not religious. I can't wait to enjoy the ostracism* that awaits me tomorrow and for the next three years. Hurray!

*I've already been ostracized from a few people who learned I don't believe in Christ.
Posted by J De Melo 3 comments: 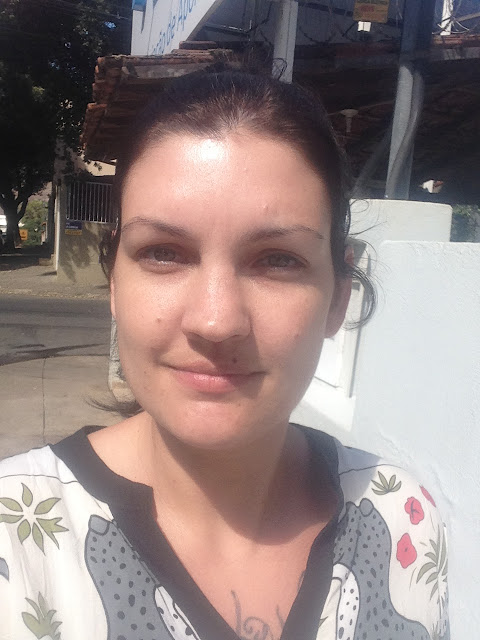 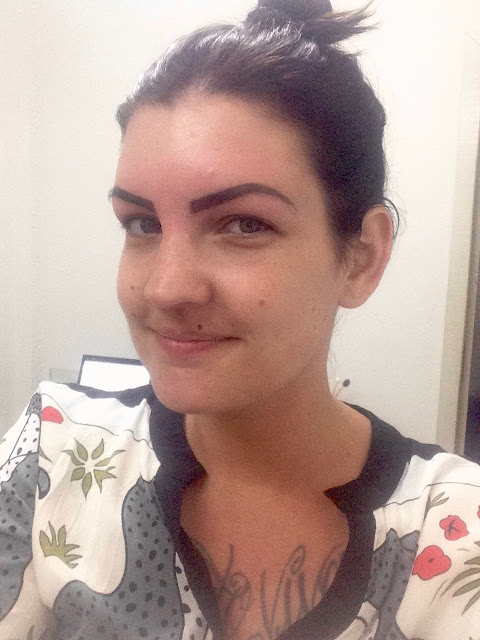 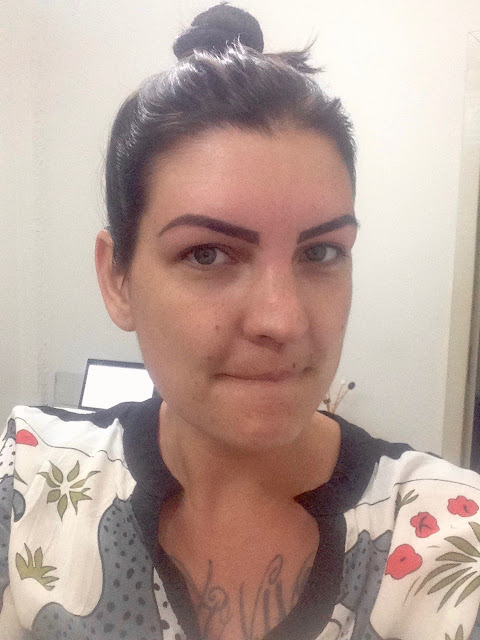 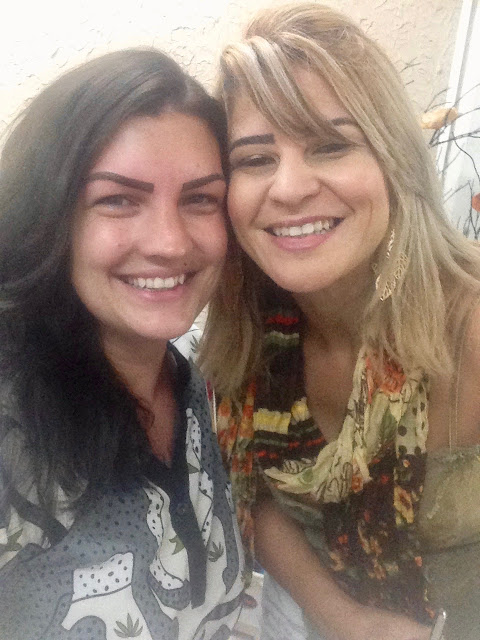 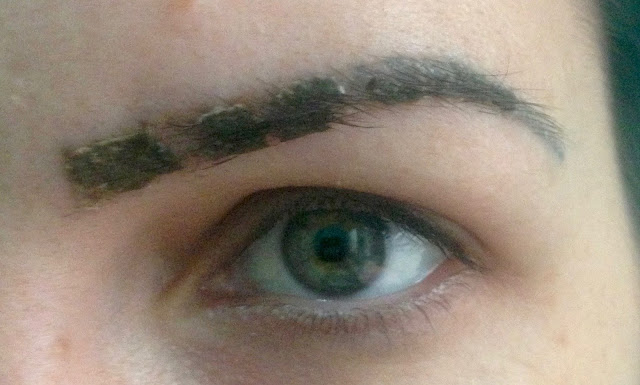 I used to have the most beautiful eyebrows, but as a product of the 90s and someone who's getting older (hello greys!), my eyebrows had thinned out quite a bit. I live in the land of plastic surgery, so I thought heyyyy, why not start with one of the most common cosmetic procedures I see - eyebrow tattoos! Microblading is fine and all, but go big or go home, right?

Obviously, I'm no stranger to tattoos. I have a giant sugar skull on my forearm. My siblings' names on my left wrist. The name of my favorite football team on my hip (more or less a blob now, thanks kids). AND a giant ass chest piece that says "memento vivere" - see? There's a theme. So, I thought my pain tolerance for tattoos was pretty high. Admittedly, the eyebrow tattoos were the most painful by far and I just wanted to die the whole way through. I can only comment to the procedure in Brazil because I've never had it done in the States, but here they use a single needle and basically line the entire eyebrow. No shading. The entire thing is filled in by lines. And not microblading lines - it's full on fucking coverage via lines. Phew. I don't know about anyone else, but I much prefer getting shaded by four needles than lined by one.

My first artist moved to Portugal before I could have a touch up, combined with my extra dry skin (remember - not all tattoos are permanent; eyebrow tattoos fall into this category), meant I needed my eyebrows re-done the following year. I would have been fine not having them re-done, but I had the time and money, so I chose to take that extra step. In preparation, I brought some Numb Master creme from the US. Thankfully though, my second artist used anesthesia anyway! So I had a double dose of anesthesia for my second eyebrow tattoo and again when I returned to my second artist for a touch up. (You should always go back to your artist after a month or longer - once the skin has healed - for a touch up. That way they can fill in any missed areas). It still hurt like hell, but the pain was tolerable. Akin to a regular tattoo. The more fat and muscle tissue under the skin, the less the pain.

Overall, I am super, super happy with my eyebrow tattoos and I'll definitely be touching them up throughout time. The great thing is that because they aren't permanent for most people, you can eventually change the shape or thickness. They used some type of golden ratio calculation and a ruler to design my eyebrows, and I think they fit my face perfectly. So at this point, I'm not interested in following the fashion of eyebrows as much as I am having eyebrows that fit me well.

Eventually, I'd like to get the "mommy makeover" here - breast lift and tummy tuck. Quick growth spurts with my baby bellies and two c-sections have left me with that unsightly "pooch" that exercise and diet just won't seem to eliminate. And breastfeeding two kids.. well I'm sure you can imagine. The size is right, but gravity is my enemy. Of course I'll share that information if the time comes.

For the record, everything I do in the name of beauty, I do for myself and no one else. I am an advocate of cosmetic and beauty procedures in so much that it is done to make yourself happy. If you change yourself for someone else, you're changing yourself for the wrong reason. <3
Posted by J De Melo No comments:
Newer Posts Older Posts Home
Subscribe to: Posts (Atom)